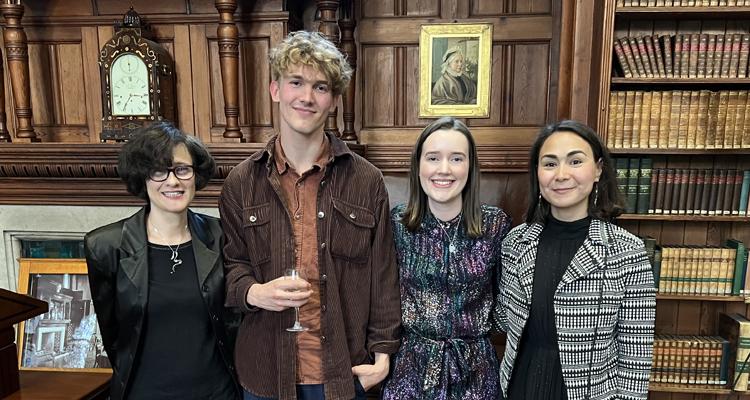 Girton College is pleased to announce the winners of the 2022 Jane Martin Poetry Prize, a national poetry competition for young poets, established in 2010 in memory of Girton alumna, Jane Elizabeth Martin. The competition has been judged by experts drawn from across the literary world and academia. This year’s panel has been led by two judges, Parwana Fayyaz and Claudine Toutoungi.

Lev Crofts (Semyonovich) is a Scottish writer and school teacher currently living in London. He has just graduated from Oxford University, St. John's College, where he read Archaeology and Anthropology. While at university he edited The Isis Magazine, was the fiction editor for the Oxford Review of Books, and his poetry, prose, and non-fiction has been published variously in The Isis Magazine, Industry Magazine, 1555 Magazine, The Mays Anthology and The Common Ground Magazine. Since graduating he has joined the Teach First programme and works as an English teacher in a state-maintained academy in Hounslow.

Bea Steele is an MSt student in English Literature at the University of Oxford, and she is writing her dissertation on Sentimentalism and the Scottish Enlightenment. Bea originally came from Guildford, but has spent a few years living in the Southwest of England and is returning there to complete a funded PhD. Bea has been writing poetry on and off for a long time, and considers her biggest influences to be the works of Charles Causley and John Betjeman.