The Artist in Residence scheme, generously supported by Suling Mead (Chan 1975), through the Mead Foundation encourages engagement between practising artists and any area of scholarship in the Collegiate University. Artists live and work in Girton for an entire academic year, mingling with Fellows, staff and students on a day-to-day basis. There are workshops, exhibitions, and related activities, setting the scene for a new genre of interdisciplinary artworks produced and inspired by the College setting. A wide range of artists and disciplines have been supported since the scheme’s creation in 2013 by Suling Mead from 2013 to the present, and Ruth Whaley (1974) from 2013 to 2018, and we are very grateful for their generous support.

If you would like to purchase any piece of art from the Artist in Residence (whether current or previous), please contact the Development Office via email: development@girton.cam.ac.uk or by phone: +44 (0) 1223 765 685.

Luke studied painting at Chelsea College of Art (BA, 2005) and Sculpture at Royal College of Art ( MA, 2011). He has shown his work internationally including at venues such as ICA, London; National Gallery of Modern Art, Edinburgh; Kinokino Kunstal, Sandnes, Norway; Technopolis Museum, Athens; Yarat Art Centre, Baku; Manoir di Martigny, Martigny; PADA, Lisbon. His work is in various private and institutional collections. He will have a solo show at Girton College as part of his residency in June 2021 and has upcoming exhibitions at Bosse and Baum, London and Gallery Woong at Korean International Art Fair, Seoul in September 2020. Luke is represented by Bosse and Baum Gallery in London.

Luke’s tour of his studio at Girton 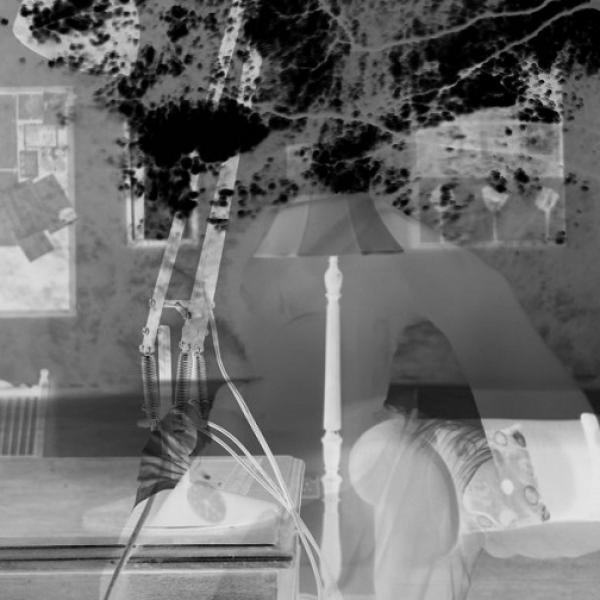 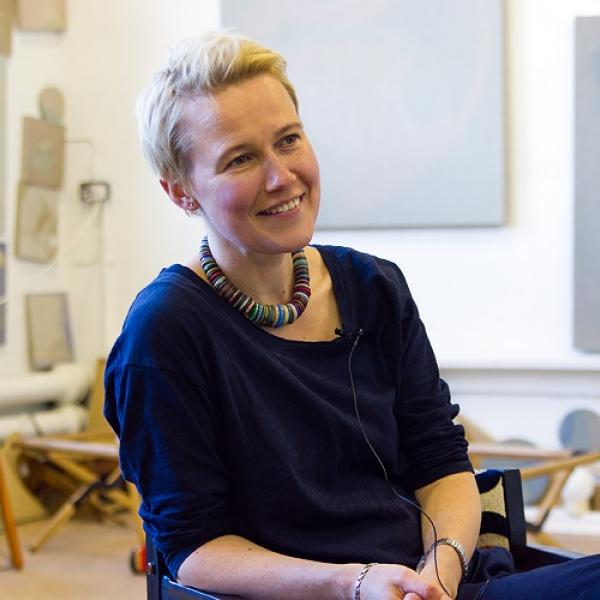 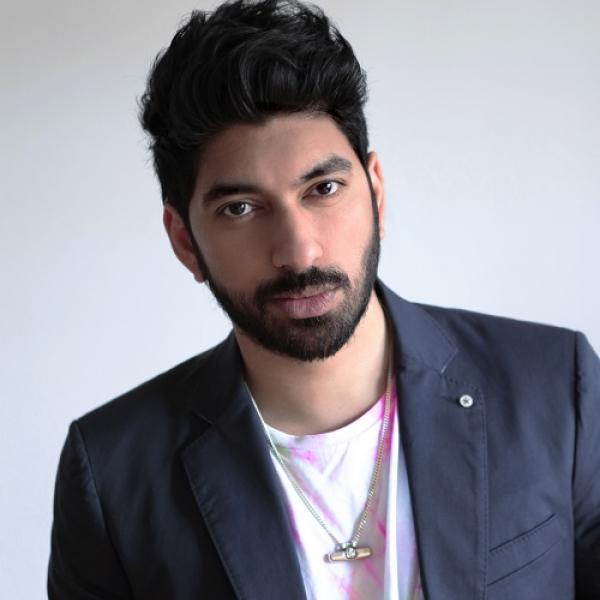 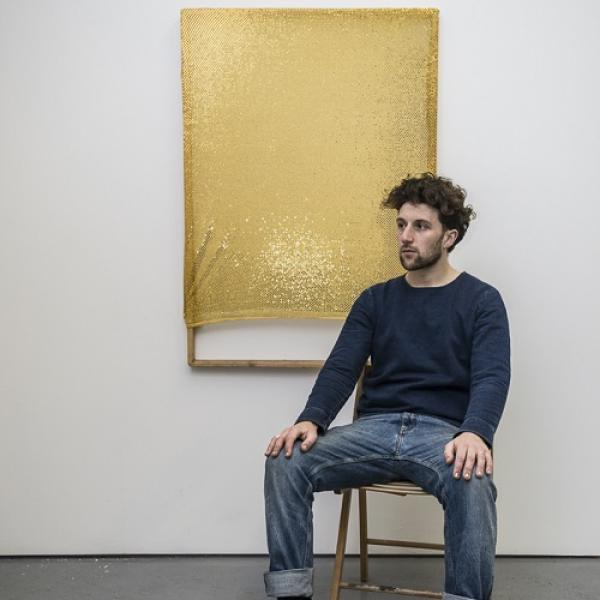 Simeon Barclay draws upon a multidisciplinary practice to consider how memory, images and objects coalesce to form an index for contemplating subjectivity and its construction within contemporary culture.

All pieces in ‘Poetic Dissonance’ are for sale and the proceeds support both the Artist and the Artist in Residence scheme at Girton. Please see the free booklet for some images and price guide (available at Porters’ Lodge).

Yelena’s practice continually questions what painting can be and how it operates in contemporary conditions. The work pulls the histories of abstraction into sharper focus creating ‘slow’ images that serve as an antidote to digital culture. Her Evaporating Paintings balance between vanishing and materialisation, as if undergoing a light sensitive photographic process. The recent body of work presented at After Image, a solo show at Nottingham Contemporary, reflects on the value and ownership of artworks, their display and distribution in public/private spaces.

Yelena graduated with Distinction from MA Painting at the Royal College of Art in 2011. In 2014, she was shortlisted for the Arts Foundation Award in Painting and selected to be part of Thames and Hudson’s new publication 100 Painters of Tomorrow. In 2016, her work was included in Vitamin P3 (The 108 International Artists Revolutionizing Painting Today), published by Phaidon Press.

Prior to studying art Vadgama worked as a production assistant for the BBC and later at various post-production facilities where he specialised in editing and motion graphics. He later graduated with a BA in Fine Art from Central Saint Martins College of Art and Design in 2009.  His practice utilises a range of mediums including digital video, animation, holography and large scale projection. These mediums are often manipulated via a combination of analogue and digital intervention and displayed in as both small or large scale immersive installations.

Tom graduated with a BA in Fine Art from the Chelsea College of Art and Design in 2007. He works in a variety of media, exploring sound and text as a complement to his drawings, paintings and performances. His focus is on exploring creativity as a means to understanding human behaviour. The work is inspired initially by landscape, particularly that of West Yorkshire and the Calder Valley where he grew up.

To find out more about Tom and his work, visit:

The Jane Martin Poetry Prize is a national poetry competition, established in 2010, in memory of Girton alumna, Jane Elizabeth Martin (1978 Classics) through the generous support of Professor Sir Laurence Martin.

Now in its 11th year, this national prize for young poets is a key part of the College’s support for poetry and will be of interest to all those who are serious about literary excellence. The competition is judged by experts drawn from across the literary world and academia. In 2020, the panel of judges was led by Alex Houen and Holly Corfield Carr.

The winner receives a cash prize of £700 and will have an opportunity to give a reading at a celebratory event at Girton College, at which the prize will be awarded. There will also be a second prize of £300 cash.

The Anniversary of the prize was also celebrated during Girton College’s first Festival of Poetry in May 2020, where current Members of College read a selection of the poems to be featured in the Anthology and which can be viewed on our YouTube playlist.

Sam Harvey for the last four years has lived in Edinburgh, away from his Indiana home, while studying for a degree in English at the University of St.Andrews. For the next short while, though, he is keeping an eye out for loons and reading about snow leopards on the shores of Loch Garry.

Louis Klee is an Australian writer currently studying at the University of Cambridge. His poetry has appeared in the TLS, Best Australian Poems, the Cambridge Literary Review, and the Australian Book Review.

Please see below for the recording of the event.

Anna Forbes is from Edinburgh. She studied at King’s College London, where she received a degree in Comparative Literature. She is currently working towards an MLitt at the University of St Andrews.

Alex Houen, one of the Judges for the prize comments:

“Anna’s entry is beautifully focused on the visual, and I thought the mini-sequence poem ‘Crossing’ is really fascinating for the way that it ‘develops’ rather like a photograph (or series of photos) so that in the fields ‘resolving as we pass’ we can hear resolution to be about clarity of image and one’s relation to things. The poem pointedly does not ‘resolve’ as a narrative does, for its vision is focused on how images can be striking precisely because they keep things in tension — as with ‘softened light’ shivering around the halo-ish ‘brightness’ of a sleeping sister. There is a gentle poetic confidence about ‘Crossing’, and there is in ‘Inisbofin’, too, in the way that it develops a ‘strange relief’ (visual and emotional) with its chiaroscuro imagery. It’s not easy to be clear about shadowy things, especially when what’s shadowy extends to mood, but such clarity is what these two poems achieve, and they do it with a very impressive feel for line-breaks, prosody, and image.”

Aayushi Jain is a 24-year-old writer and musician from Birmingham. She is currently studying English Literature at the University of Exeter, and after spending a year abroad in Ottawa her short story ‘Lighthouse’ was recently published in the Write Across Canada Anthology.

Judging the prize with Alex Houen was Holly Corfield-Carr, who comments:

“What a euphoric, euphonic thing it is to read ‘Whale Song’. It is awash with sound, from the gong of the tongue to that ‘blood bassoon’ and I had an appropriately cetaceous species of a time singing along. When ‘Whale Song’ is paired with the delicate smallness of ‘Night Swim’, the scale shifts, both in size and song and the whale-mother, who in ‘Whale Song’ swallows the poet whole, in ‘Night Swim’ shrinks to the size of plankton, suspended in the belly of a jellyfish.”

As part of Girton’s Festival of Poetry fortnight (11–22 May 2020) you can watch the winners give a special reading of their winning poems below:

For any queries relating to the prize, please email: poetryprize@girton.cam.ac.uk

Explore the art treasures on show at Girton College