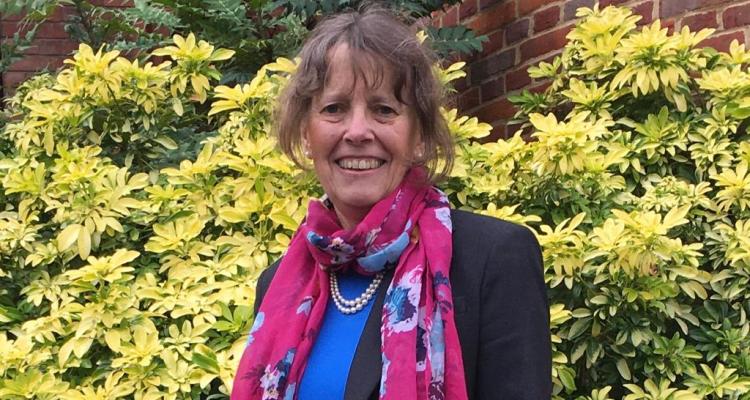 Girton College welcomes Dr Hilary Marlow as the newly elected Vice-Mistress, who will be starting the position from 1 October 2021. We would like to thank her predecessor, Ms Karen Lee, as she steps down from the role after seven years of sterling service.

The Mistress, Professor Susan J Smith said: “Girton owes a tremendous debt to the energy, wisdom and inspiration of a long line of Vice-Mistresses. I am delighted that this tradition continues with the election of Dr Hilary Marlow, who I already know to be a brilliant, supportive colleague, and a credit to the Fellowship.”

Dr Hilary Marlow said: “I am delighted and honoured to have been elected as the next Vice-Mistress of Girton College and look forward to supporting the Mistress and the College community.”

Hilary spent her early childhood in the Home Counties and also in Jamaica, before her family settled in South London during her high school years. She spent three very happy years at Manchester University where she graduated with a BA Hons (Econ) in Social Administration. After a brief spell as a social worker in North London, she moved into roles in finance and administration in London and subsequently Exeter, where her four children were born. It was in Exeter with Dartmoor and the Devon coast nearby that she first discovered a love of the great outdoors that has continued to inspire her.

On relocating back to London, Hilary and her husband started their own tax and accountancy business, where she oversaw the VAT and bookkeeping operations, before moving to be non-executive Director, a role she still holds. In 2000, in fulfilment of a long-held aim, Hilary returned to academic study at Kings College London, graduating with a BA in Biblical Studies. It was while writing her undergraduate dissertation that she discovered the joys of independent academic research, which led her to Cambridge to undertake postgraduate study in the form of a PhD at the Faculty of Divinity. Her thesis examined the Old Testament prophets in the light of contemporary environmental ethics and was published as Biblical Prophets and Contemporary Environmental Ethics: Re-Reading Amos, Hosea and First Isaiah (OUP, 2009)

Since completing her PhD Hilary has held a variety of postdoctoral positions, including as Research Associate for the Cambridge Inter-Faith Programme in the Faculty of Divinity and at the Faraday Institute for Science and Religion as first, Course Director, and then Senior Researcher, where she managed an anthropological research project investigating the ways that Christian and Muslim scientists from different contexts relate their Scriptures and traditions to the scientific worlds in which they operate (Journal of Qur’anic Studies XXI, 2019).

Hilary joined Girton College in 2012, first as Director of Studies and then Postgraduate Tutor. Since then, she has served on College Council and several other College committees. Over the past two years she has been the lead behind the pioneering Girton Conversations initiative, which seeks to address major issues of wide relevance across academic disciplines and with all members of the College community.  As well as her roles in College, Hilary has for many years been an Affiliated Lecturer in the Faculty of Divinity, teaching Old Testament and Biblical Hebrew and supervising postgraduate students.

Hilary’s on-going academic research primarily focuses on how the relationships between people and the natural world are depicted in the Hebrew Bible. This includes textual studies on the portrayal of nature, analysis of creation texts and their interpretation in later Jewish and Christian traditions, and work on ecological hermeneutics and the use of the Bible in environmental ethics. She has published extensively in this field, including as co-editor with Dr Ailsa Hunt (University of Birmingham) of Ecology and Theology in the Ancient World (Bloomsbury 2019), to which she also contributed a chapter. She is in the final stages of editing the Oxford Handbook of the Bible and Ecology, to be published by OUP in early 2022. Her most recent publication is on a slightly different topic: Eschatology in Antiquity: Forms and Functions (Routledge 2021) is a volume of 42 essays co-edited with Dr Helen Van Noorden, also a Fellow at Girton College, and Professor Karla Pollmann (University of Bristol).

Hilary is a dedicated environmentalist and for many years has been actively involved in the Christian conservation charity A Rocha where she is currently a Trustee. She regularly speaks on her environmental research to academic and non-specialist audiences. In her spare time Hilary is an enthusiastic bird-watcher, and relaxes by tending a small field just outside Cambridge with her husband Ian, where they grow fruit and vegetables and have nesting barn owls.

To find out more about the role of Vice-Mistress, view our latest online exhibition.