Girton mourns the death of Her Majesty Queen Elizabeth II 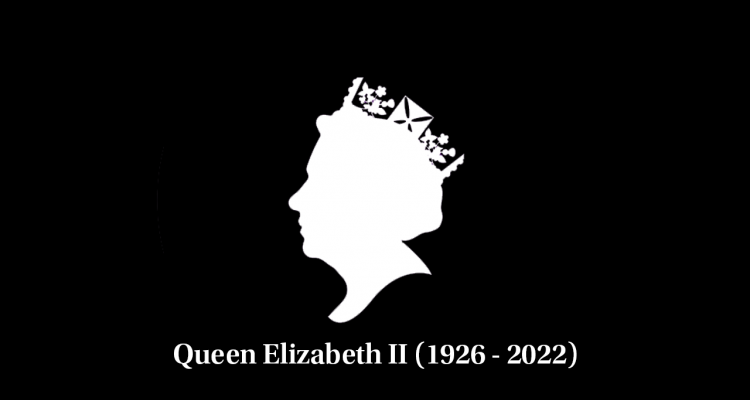 Following the profoundly sad news of the death of Her Majesty Queen Elizabeth II, Girton joins the nation and the collegiate University of Cambridge in a period of mourning.

In these moments of national sadness, we recognise the remarkable contribution the Queen has made globally and locally: the Fellows, staff and students of the College send heartfelt condolences to the members of the Royal Family.

We echo the words of the Vice-Chancellor, Professor Stephen Toope, who says:

"Her Majesty The Queen's reign defined the United Kingdom of the 20th and early 21st centuries. Her Majesty’s devotion to public service and the common good, her dignity, her sense of duty and her strong moral compass, will always be an inspiration."

As Princess Elizabeth, our late Queen would have been 23 when, on 21 October, 1948 her Mother, the then-Queen Consort, became the first woman to receive a degree from Cambridge University, embodying the moment at which Girton’s foundational aim was achieved. Shortly afterwards, the Queen Mother accepted an invitation to become our third Visitor, supporting the Commemoration Fund set up by and for this College in thanksgiving for the admission of women to degrees.

The Queen Mother’s enthusiasm for Girton’s ethos may have brushed off on the Princess, soon to become Queen Elizabeth II, Britain’s longest serving monarch. The Queen’s first visit to Cambridge after her coronation was in October 1955: while maintaining her customary neutrality, she chose to tour Girton and Newnham, the two first Colleges for women in what was, perhaps, a quiet signal of support. 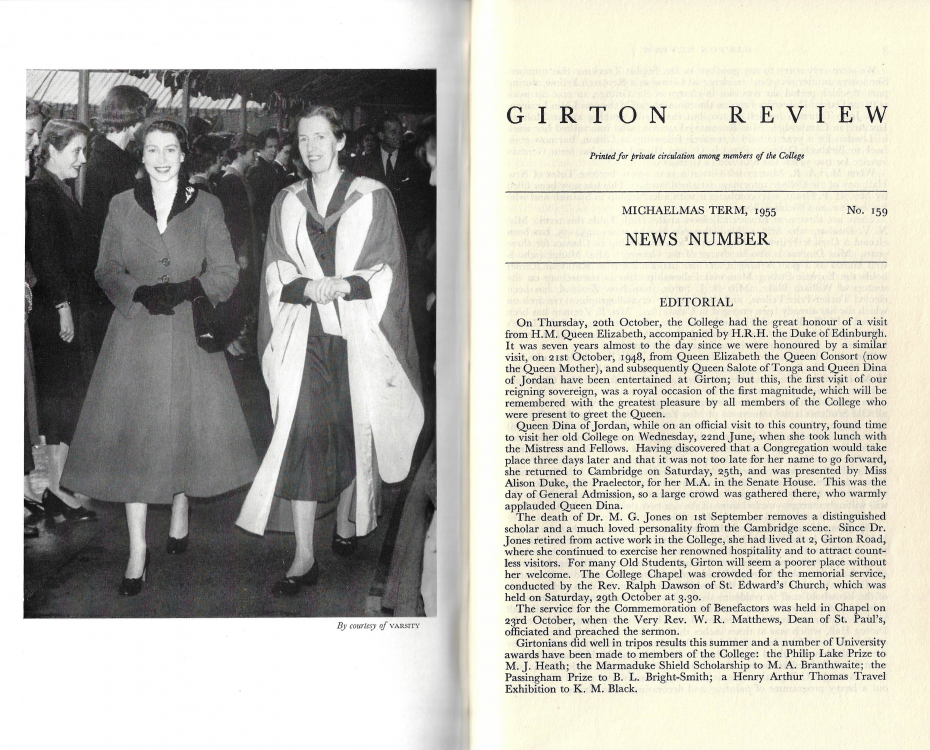 Extract of article referencing the royal visit and a photograph of H.M. Queen Elizabeth with the then Mistress, Dame Mary Cartwright (by courtesy of Varsity) published in Girton Review, Michaelmas Term 1955.

In the following years Her Royal Highness Queen Elizabeth, the Queen Mother, visited Girton on several occasions, planting a tree for the Centenary, opening Queen Elizabeth Court at Wolfson Court, named for her daughter with Royal Permission, and in 1998, hosting a lunch in College to mark the 50th anniversary of degrees for women (when over 400 pre-1948 Girton students finally entered the Senate House to have their degrees conferred or confirmed). 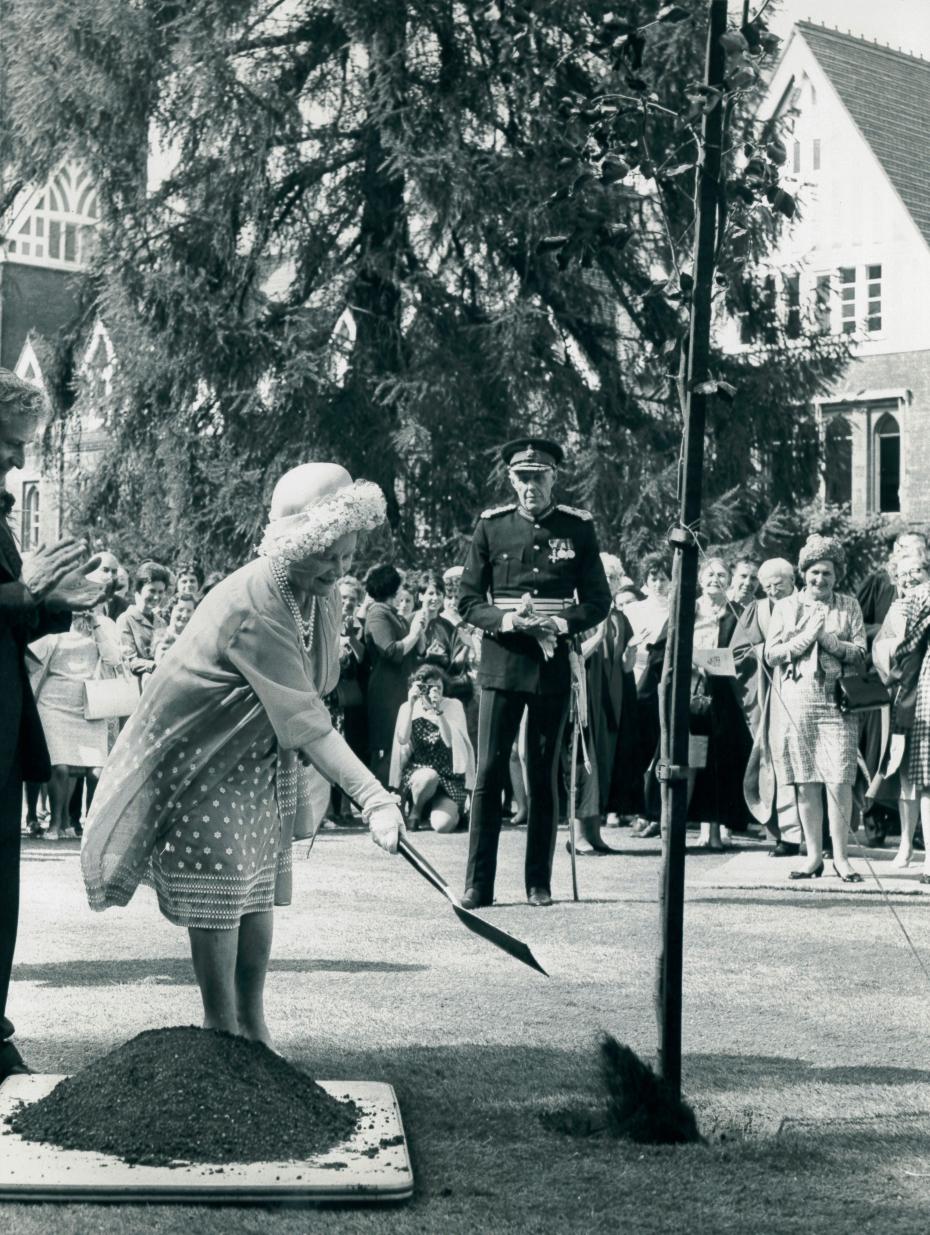 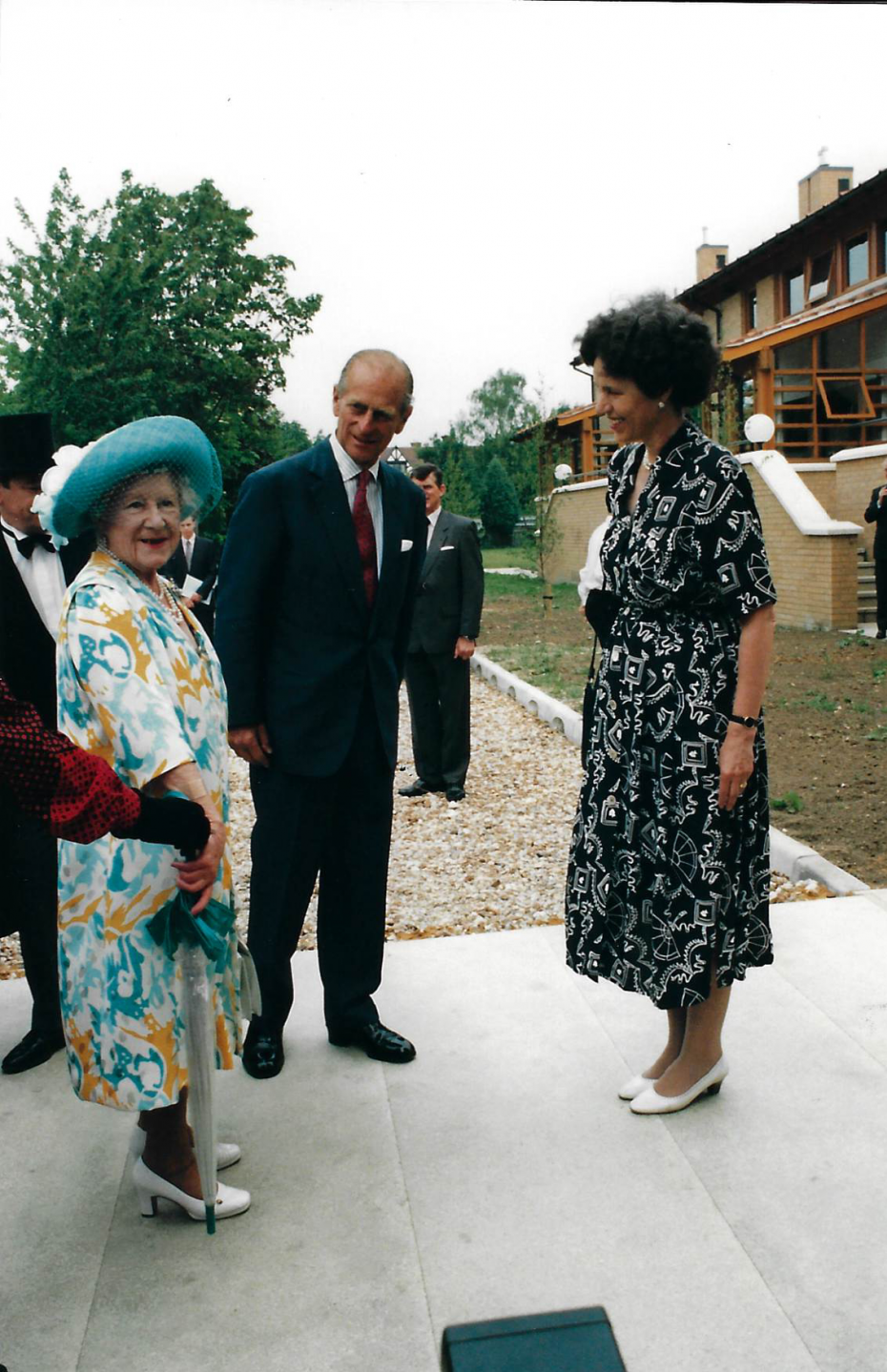 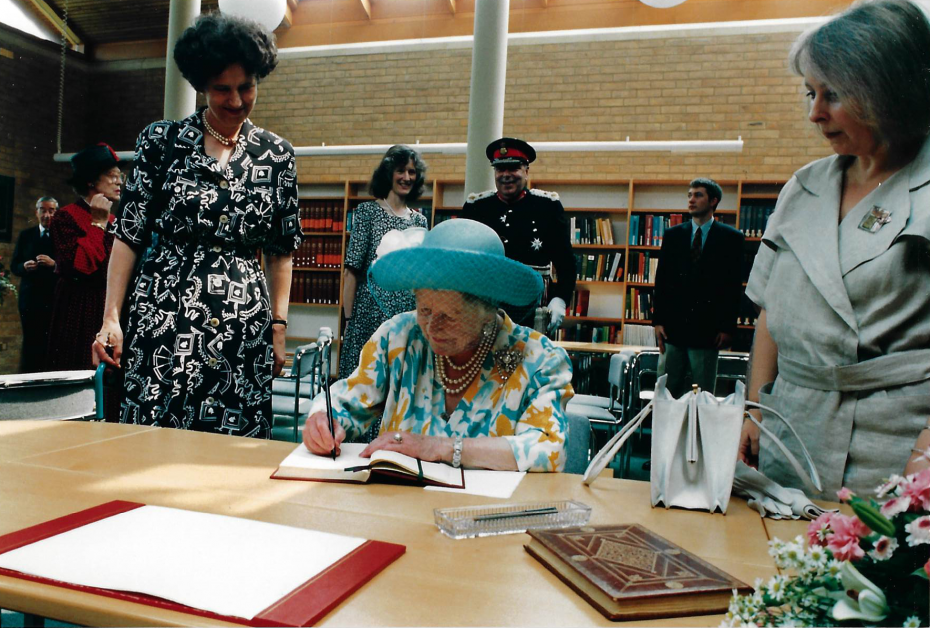 Other moments have been less formal: 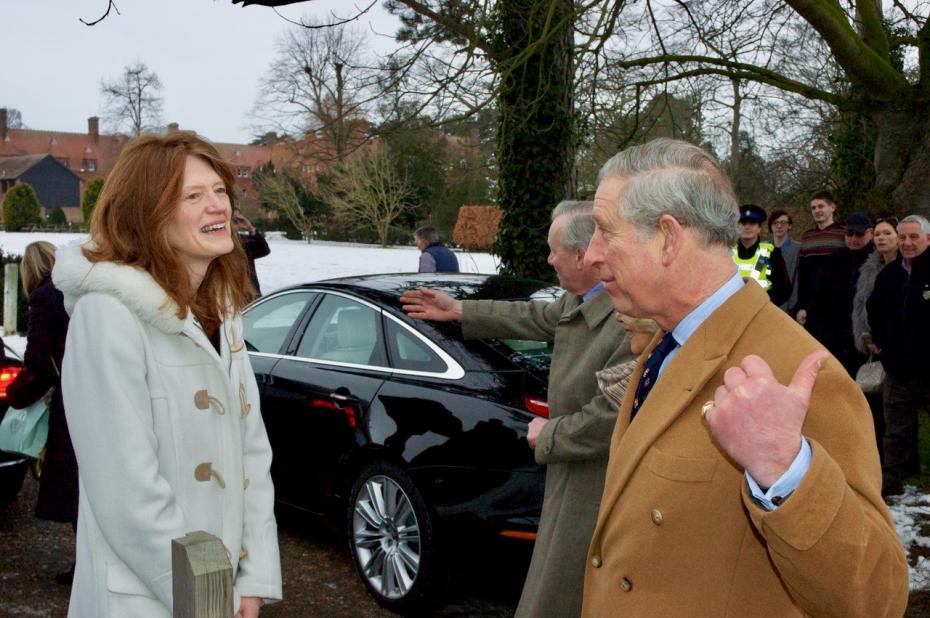 We hope the Queen – who clearly understood the value of higher education – would have welcomed her family’s brush with Girton’s adventurous spirit and ethic of care. Founded for inclusion, this College was part of a rising tide – an unstoppable movement – that would secure universal suffrage, access to higher education, and a proper place for women, alongside men, in the professions and public life. This latter, in particular, is a position Queen Elizabeth dignified, championed, and made her own. She was an inspirational woman, whose strong sense of service and deep commitment to duty are an example to us all.

This week, we invite people of all faiths and of none to light a candle in the Chapel for our late Sovereign, for her family whose loss is enormous, and for others whose lives she touched. There are also books of condolence at the University Church of Great St Mary’s and at Girton Parish Church, which we are all invited to sign.

Girton College is proud to join the nation in mourning the death and celebrating the memory of a remarkable, dedicated, inspirational woman, Her Majesty, Queen Elizabeth II.