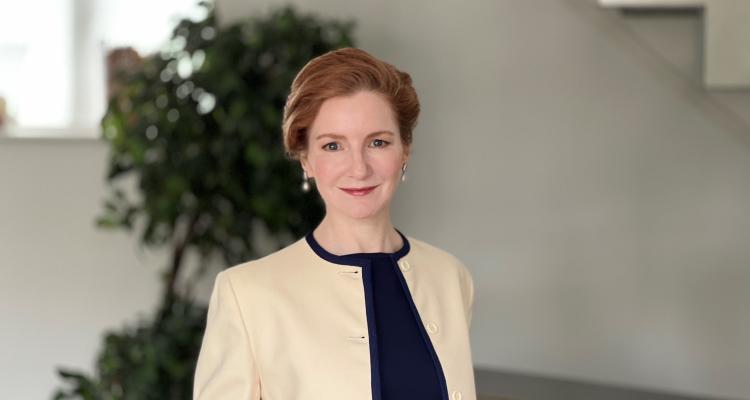 We are pleased to announce that Dr Elisabeth Kendall has been elected as the 20th Mistress of Girton College, with effect from 1 October 2022. She will succeed Professor Susan J Smith, who will be retiring after 13 outstanding years, during which Girton celebrated its 150th anniversary, advanced its vision for excellence, inclusion and environmental sustainability, and completed an ambitious endowment fundraising campaign to underpin the future.

Dr Kendall is currently a Senior Research Fellow in Arabic and Islamic Studies at Pembroke College, Oxford, who passionately believes in research and education making a difference beyond the confines of academia.

Over the past 10 years, Dr Kendall has undertaken extensive fieldwork in Yemen, researching terrorism and poetry. In the process she has built deep relationships with tribes in the east, including brokering a cross-tribal council to support communities against al-Qa’ida. She also co-founded and now chairs a development NGO in the country, focused on building conflict resilience as well as on education initiatives, such as peacebuilding in schools, teacher-training, and women’s literacy. Her research and analysis features regularly in the international media online and in print.

Alongside her current research appointment, Dr Kendall has advised and presented to a number of government departments in the UK, Europe, USA and the Middle East, as well as the United Nations agencies, NATO and specialist military and intelligence audiences. She also sits on a variety of international boards and has appeared in over 200 TV and radio broadcasts worldwide.

“Girton is an ambitious, forward-looking institution with a pathbreaking approach to higher education. It will be exciting to see a new chapter unfold under the inspirational leadership of its 20th Mistress.”

“We are delighted that Elisabeth Kendall will be joining the Girton College community as its next Mistress. She brings wide-ranging experience and a passion for education and community engagement that will enable Girton to continue to be a pioneer.”

On the announcement of her election, Dr Elisabeth Kendall said:

“I’m thrilled to have been elected the next Mistress of Girton. I’m profoundly conscious of the privilege and responsibility in taking on this role at a college with such a pioneering history and spirit. I can’t wait to join Girton's incredible Fellows, students, staff, and alumni so that together we can steer the College on to new firsts.”

After completing her DPhil in Arabic literature at Oxford in 1998, which included a period at Harvard as a Kennedy Scholar, Kendall began her career as an academic, first at Oxford and then at Edinburgh. She subsequently left for a spell in the private sector, advising and actioning investment deals in various parts of the world. Kendall returned to academia in 2008 and was appointed Director of the Centre for the Advanced Study of the Arab World (CASAW), a UK-government funded joint venture between the Universities of Edinburgh, Durham, and Manchester. Kendall re-invigorated the Centre, focusing on the production of advanced Arabic language expertise and research centred around jihad and martyrdom.

As the ‘Arab spring’ broke in 2010, Kendall moved back into the field to continue her research on terrorism and poetry. Kendall’s next book, Rock Stars of Jihad, explores how militant jihad groups deploy 'soft' culture (poetry and song) and harness local grievances, not only to recruit, but – crucially – to win broad community toleration.

In her spare time, she takes pleasure in trail running, playing the piano, tasting craft chocolate, exploring new landscapes on foot, and enjoying the company of friends and colleagues.