“It was the first alumni event I have participated in and it brought back a lot of memories.” - Mike Bryan (Natural Sciences, 1985) joined in from New Zealand.

On Saturday 26 September, we welcomed over one hundred alumni from Girton and the wider Cambridge University community to our very first Online Roll of Alumni Event.

The programme featured live Zoom sessions, pre-recorded talks, virtual tours, poetry readings, the unveiling of the latest addition to the People’s Portraits collection and an inspired guitar recital by Girton student Kevin Loh (Music, 2019), one of the leading classical guitarists of his generation. These events can now be viewed on this page.

Although virtual events cannot replace the joyfulness of in-person events, meeting friends and the emotions felt when returning to College after many years, it has certainly opened up new ways of communicating  and helped us think more deeply as to what kind of  future events we could offer that our alumni would enjoy! It has given us a great chance to connect with alumni who are unable to travel to attend in-person events whether in the UK or globally. Alumni from 25 different countries registered to attend this year’s events.

“Living as I do in the far west of Cornwall it is not easy to get to Cambridge, so I have seldom attended alumni events.  To be able to feel so connected whilst not stirring from home was delightful!” - Lesley Michell née Coleman (1962, Geography and Theology)

We would like to thank all our wonderful speakers and contributors for their help in making the occasion such a great day of events.

One of the first women to be elected as a Fellow of the Royal Society, Dorothy Needham has been best known for her research career specialising in muscle biochemistry. She was also passionately political and a keen internationalist, characteristics she shared with her husband, Joseph, but for which he has been most readily and publicly associated, especially when it comes to science in China. Yet, not only did Dr Needham spent the final years of the Second World War based in Chongqing, ‘Free China’s’ wartime capital, serving as co-director of the Sino-British Science Cooperation Office and promoting international scientific cooperation, she also later returned to China for visits in 1964 and 1972. Focusing on material from collections held by the Needham Research Institute and Girton College, Cambridge, this talk will explore Dorothy Needham’s evolving relationship with China as well as consider her own interests in and perspectives on science in China.

Dr Gordon Barrett is currently serving as Departmental Lecturer in Modern Chinese History and Politics at the University of Oxford. His research focuses on the politics of science and medicine in the twentieth century, with particular interest in Sino-British scientific relations, and has been published in the Journal of Cold War History, Modern Asian Studies, and most recently in Sachse and Kraft (eds.), Science, Peace and Communism: The Pugwash Conferences on Science and World Affairs in the Early Cold War Decades (Brill, 2020).

The Girton Eye Idols and the Origins of Urbanism

During this live event, Dr Caroline Brett, Girton Fellow and Chair of the Lawrence Room Committee, briefly introduced us to the College’s own museum collection in the Lawrence Room. We then watched the pre-recorded lecture from Dr Augusta McMahon, Reader in Mesopotamian Archaeology in the Department of Archaeology, University of Cambridge, and a Fellow of Newnham College, in which she describes the Mesopotamian ‘eye idols’ in the Girton College Lawrence Room collection and their relevance to the world’s earliest evidence for urbanism.

The whole session including live Q&A with Dr McMahon can be viewed here.

For his video studio tour, Luke Burton (Girton College Artist in Residence 2019-20) discussed the work he has made whilst being at Girton, the material and conceptual processes in his art practice using the mediums of vitreous enamel and painting and his plans for his forthcoming exhibition at the college in the Summer of 2021 – in particular how the idiosyncrasies of the site have had such a profound influence in making this new body of work.

Luke studied painting at Chelsea College of Art (BA, 2005) and Sculpture at Royal College of Art ( MA, 2011). He has shown his work internationally including at venues such as ICA, London; National Gallery of Modern Art, Edinburgh; Kinokino Kunstal, Sandnes, Norway; Technopolis Museum, Athens; Yarat Art Centre, Baku; Manoir di Martigny, Martigny; PADA, Lisbon. His work is in various private and institutional collections. He will have a solo show at Girton College as part of his residency in June 2021 and has upcoming exhibitions at Bosse and Baum, London and Gallery Woong at Korean International Art Fair, Seoul in September 2020. Luke is represented by Bosse and Baum Gallery in London.

The Girton College Artist in Residence is kindly supported by Suling Mead (Chan, 1975).

Wildlife in the Archive

During this live segment of the Roll of Alumni Event we heard from recent Girton graduate Stewart Rosell (Natural Sciences, 2017). In his talk Wildlife in the Archive Stewart drew upon what he has learnt while studying at Girton College to answer these questions. He used historic wildlife records, some of which are from Girton students and held in the college archives, as a window into both the past and the future. These show recent changes in our local fauna, and also how we can use modern natural history records to communicate our observations to future generations. For Stewart this is the most exciting aspect of recording natural history. While the observations we make today are likely be used to study ecology in the future, we do not know who will use them or how our wildlife will have changed!

We started this year’s People’s Portraits reception with a poem about how the People’s Portraits were coping with lockdown due to Covid-19 and were rallied by our foundress Emily Davis. The poem, written by Revd Dr Malcolm Guite, Life Fellow of Girton College, published poet and former Chaplain at Girton, can be viewed below.

During a pre-recorded tour in his studio, artist Tim Benson PROI NEAC RP unveiled the latest addition to the collection, a portrait of his grandmother titled 92 years. Tim spoke eloquently about his grandmother and explained various elements within the portrait.
Dr David Dibosa (Girton, 1986), Reader in Museology, University of the Arts London, gave an engaging talk entitled Take My Name.

“For some people, a name is just throwaway: call me what you will. For others, a name marks a site of struggle. To recall a name enacts an invocation. It brings someone or something back to the present. For the few among us who doubt the significance of the power of recall, we will notice it, once it has gone.".

We finished the session with a live Q&A with both Tim Benson and David Dibosa. The recording of the event can be viewed below.

A virtual drinks reception and Q&A with the Mistress

Over 45 alumni joined the Mistress for a virtual drinks reception and Question and Answer session at 18.30 on Saturday 26 September.

The Mistress talked about how College and the students are managing in the current environment, as well as Girton's future plans. She answered questions as diverse as "what is College doing to help recent graduates" to " is College allowing visitors at this time? “. She welcomed offers of help and support from alumni, who she thanked warmly for the engagement over the years. The evening culminated with a toast to the future of Girton. 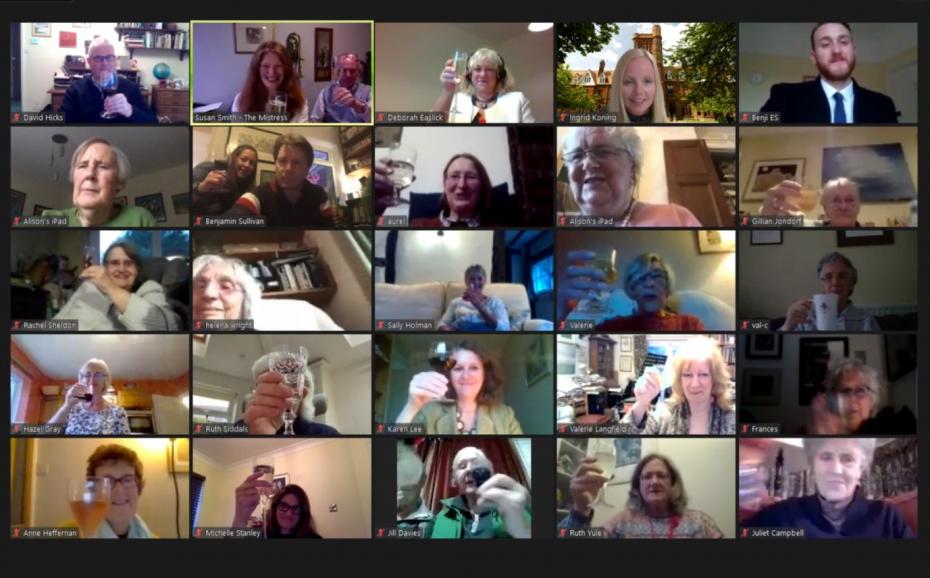 “I really enjoyed the live events on Saturday. I thought they worked well and were of excellent quality.” - Frances Gandy, Life Fellow of Girton College

We are delighted to launch the 10th Anniversary of the Jane Martin Poetry Prize Anthology which features poems from eminent Girton poets, past and present, as well as a winning poem from all the prizewinners to date from this prestigious national prize plus a new poem from each, and more. The anthology is available to order now from the Girton Shop.

Visit our YouTube playlist to hear readings from this special anthology and to listen to members of the Girton Poetry Society, today's representatives of the long tradition of poets and poetry associated with Girton, who read some poems newly written during the 'lockdown' period. 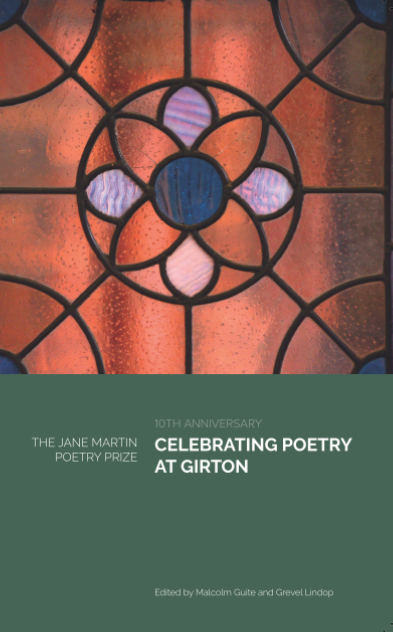 A stroll round the gardens, in the company of the Mistress and Deputy Head Gardener, Mr Richard Hewitt. In the background there is a well-known 18th century folk-song, arranged for Queen Victoria’s Consort by Alan Gout.

If you want to learn more about Girton’s biodiversity, visit the Cambridge Green Challenge website.

In this short film, Dr Dorothy Thompson FBA, a Life Fellow of Girton College who specializes in Hellenistic Egypt, introduces one of our treasures among many: Hermione, a portrait mummy of the first century AD. We will hear about her life and times, and how she came to Girton.