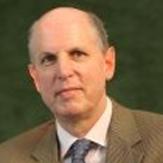 My scholarship is attempting to shape a new configuration in English Studies, a field that might be called Trans-Reformation Studies, ranging from the fourteenth to the seventeenth centuries.

I am currently the Donald P. and Katherine B. Loker Professor of English, and Chair of English at Harvard University (2004-).

Despite not being able to come often to the old Cambridge, my attachment to it remains very warm and strong from the newer Cambridge. At Cambridge, I was Professor of Medieval and Renaissance English between 1999 and 2003, and before that a University Lecturer between 1989 and 1999.

I grew up and was educated in Melbourne, Australia (Scotch College and the University of Melbourne), where I am an Honorary Fellow of the Australian Academy of the Humanities.

2011-2012 Walter Channing Cabot Fellowship, FAS, Harvard University, 2011-12, for Under the Hammer: Iconoclasm in the Anglo-American Tradition.