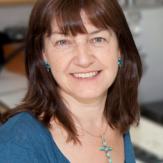 My research interests are the neural mechanisms underlying the regulation of cognition and emotion with a particular emphasis on the underlying neural dysfunction of psychiatric disorders, including anxiety, depression and obsessive compulsive disorder. My lab combines neural, pharmacological, neuroimaging, autonomic and genetic techniques with sophisticated behavioural testing procedures to elucidate the neural circuitry that governs our cognitive and emotional decision making.

I hold a University Lectureship in the Department of Physiology, Development and Neuroscience. I lecture to the second year medical students on the ‘Neurobiology of Human and Animal Behaviour’ course. The topics of these lectures are homeostasis, motivation and sleep and attention, memory and cognition. I am also a Demonstrator in the Human Neuroanatomy classes. At Part II, I run a workshop on experimental design issues in the behavioural neurosciences and lecture in the Central Mechanisms of Sensation and Behaviour module, on the neural mechanisms underlying emotion and its regulation.

I sit on the executive committees for the Behavioural and Clinical Neuroscience Institute and Cambridge Neuroscience and the subcommittee for senior promotions. I am also a member of the departmental graduate committee and a Manager of the Grindley trust and Pinsent Darwin funds for undergraduate, graduate and postgraduate scholars.

I joined Girton in 1989 as a Research Fellow and became a Official Fellow in 1992. For the next 7 years I supervised second year Medical students on their Neurobiology of Human Behaviour course and during some of that time also supervised second year Natural Scientists on their Neurobiology course. I resigned in 1999 when my then, two children were 5 and 7 years old and I no longer had the time to supervise of an evening. I subsequently became a Bye-Fellow and took up my Professorial Fellowship in 2009.