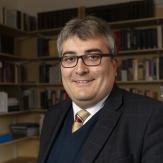 My work investigates Renaissance and Reformation history, with a particular focus on religion in the long early-modernity, and on Italy in transnational contexts. I am Dame Marilyn Strathern College Associate Professor in History, and a Fellow and Director of Studies at Girton College. I am also an Associate Professor on the Academic Board of the Graduate School of the University of Bologna (PhD programme in History and Archeology).

Among several other awards, I have held scholarships and grants from the British Academy-Accademia Nazionale dei Lincei (Rome), the Institute of Historical Research in London, the Cambridge History Faculty, the University of Turin, and I received the Walter Maturi Prize in History in 2010.

I am Praelector of Girton College (Joint with Charlie Bell, January 2019).