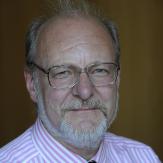 Director of College Music, Editor of 'The Year', and Austin and Hope Pilkington Official Fellow

My research centres on the analysis of music, particularly that of Brahms. I have also worked extensively on historicism in the music of the nineteenth century; in recent years, I have also specialised in the music of Germany between the two World Wars.

I teach a wide range of subjects at undergraduate level, including music history, harmony and counterpoint, analysis, and keyboard skills.  I am particularly committed to the teaching of undergraduates at Girton – a distinctive feature of studying at the College – and I was awarded the Pilkington Prize (the University’s highest award for teaching) in 2009.

Recent and current graduate students have worked on Brahms (notions of cyclicity and Brahms’s concept of the ‘Liederstrauss’; the vocal duets; the pastoral and the heroic in the symphonies; the revival of the chaconne; the reception of Brahms during the Third Reich); Beethoven (coherence in the late string quartets); Schubert (grotesque elements in the Lieder); Berwald (the symphony from a non-German perspective); Weber (music and tuberculosis); Mendelssohn (historicism and the ‘anxiety of influence’); Schumann (formal problems in the Second Symphony; advanced harmonic syntax); Wagner (‘Stabreim’ in the transition years between Lohengrin and Das Rheingold; innovation and tradition in The Ring); Dvorak (the symphonic poems; ‘folk’ elements in the Violin Concerto); Strauss (the symphonic poems with reference to the New German school); Mahler (the First Symphony and its lyric roots); Schoenberg (the composer’s heritage; issues of gender in his pre-WW1 music); the problems of musical diasporas with special reference to Arthur Willner; the nineteenth-century symphony in London; Furtwängler’s approach to early music; and musicology in the German Democratic Republic; Italian operatic fantasias for woodwind instruments.

As well as teaching and research, my role has included leading the College Choir for some twenty years. In competition, the choir had a number of international successes; it also made some highly regarded recordings (see elsewhere on this website) during my directorship.

I am also involved in running the College Music Society. This is a significant administrative role, but I also like to take part in College concerts, whether as keyboard player or as director.  The engagement of senior members in student concerts is, again, a distinctive element of music as practised at Girton.

I combine university life with a busy career as a performer, specialising as a continuo player. A Fellow of the Royal College of Organists, I have been a prize-winner at several international competitions. I am principal keyboard player of the London Mozart Players, and play regularly with the Collegium Cartusianum in Cologne. I have also worked with the Monteverdi Choir (for its 25th anniversary concert), the Orchestra of the Age of Enlightenment, the Polish Chamber Orchestra, the Allegri String Quartet, the Chorus of the Juilliard School and, as a soloist, with members of St Luke’s Chamber Orchestra in New York. Recent highlights have included directing Handel’s Messiah from the harpsichord in the concert hall of the Forbidden City in Beijing, running conducting master-classes in Malaysia and the USA, and performing my own (re)constructions of pieces by Mozart in a solo harpsichord recital in Gdansk (Poland).

In addition, I work regularly as a lecturer throughout the UK and overseas. Since 2012 I have presented papers in, London (Kings Place), Edinburgh and Glasgow (for the Scottish Chamber Orchestra), in the US (Yale University), Hong Kong (Hong Kong University), Australia (University of Sydney) and in New Zealand (the universities of Auckland and Wellington).

Martin's page on the Faculty of Music, University of Cambridge