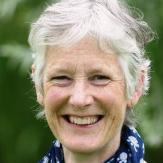 I supervise Girton students for all Physics courses in the first and second year, as well as doing Mathematical Methods supervisions in the second year. In my role as Affiliated Lecturer in the Department of Physics, I have given a number of lecture courses for first and second year physics students and am currently giving the first lecture course (on Experimental Physics and Dynamics) to the first-year Physics students. I am also in overall charge of the first-year Physics practical classes.

I have been at Girton since 1975 on my appointment as College Lecturer in Physics (I did my undergraduate degree and PhD at Newnham, where I was also a Research Fellow for 2 years). I was an Undergraduate Tutor from 1984-1994, Admissions Tutor from 1994-2004 and Vice-Mistress from 2005-2014. I have been Director of Studies in Physical Sciences since 1998 and I am currently Admissions Tutor for Science.