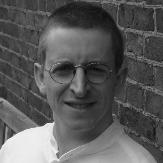 I am the Director of Chapel Music and a Bye-Fellow at Girton College, and a member of the Music Faculty at University of Cambridge. I also lecture for the Royal College of Organists and, in addition to freelance work as a choral conductor, I am the Director of Music at Christ Church, Chelsea where I am responsible for the composition, commissioning and directing of over 150 new works for the Anglican liturgy as well as playing a leading role in the installation of the church’s Flentrop organ.

As a composer, my liturgical music has been heard at dozens of churches, cathedrals, and college chapels across Britain, Canada, and the USA, which is available on several CD recordings as well as having been broadcast on BBC radio, and has been performed by such groups as Siglo de Oro, Aurora Nova, and the BBC Singers.

I studied at the Royal Scottish Academy of Music and Drama and Edinburgh University before undertaking postgraduate performance diplomas at the Royal Academy of Music in London, receiving the DipRAM for an outstanding final recital. I became a Fellow there, and subsequently a lecturer, in Academic Studies between 2000-2004. At the same time, I joined the Music Department at King’s College London (KCL) and, in 2012, was appointed an academic professor at the Royal College of Music. In 2014 I was appointed Acting Director of the Chapel Choir of KCL (following the sudden death of David Trendell), with whom he gave numerous concerts, toured Italy, broadcast on BBC Radio 3, and made my debut recording, In Memoriam (on the Delphian label), which was selected for an ‘Editor’s Choice’ award by Gramophone magazine, and received a five-star review from Choir & Organ. In 2015 I became the first member of the Music Department at King’s to win a KCL Teaching Excellence Award, having been nominated in 2011 and 2012.

In 2007, I undertook postgraduate research in Theology and Philosophy from London University’s Heythrop College before embarking upon a doctorate in the Theology Department at King’s College, London, where I researched the contribution of music to the growth of atheism in nineteenth-century Europe. I have has given numerous talks and lecture courses on this subject at KCL, Cambridge and beyond.

In March 2017, I was elected Associate of the Royal Academy of Music (ARAM) in recognition of my significant contribution to the music profession.