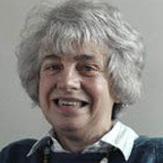 My research interests remain centred on Hellenistic (or Ptolemaic) Egypt, where relations between the native Egyptian inhabitants and the Greek immigrants, who took over control following the conquest by Alexander of Macedon, may be glimpsed from the evidence of the surviving papyri. I’ve written four main books on Ptolemaic Egypt: a village study based on land surveys that survived as the stuffing for the sacred crocodiles of Tebtunis, one on the city of Memphis, a two-volume study of the population based on tax registers (Counting the People in Hellenistic Egypt,authored together with a colleague from Leuven) and, most recently, Land and Taxes in Ptolemaic Egypt (another joint publication). My other studies and edited books range widely over social, economic and cultural questions and most are based on papyri.

Before I retired in 2006, I was a College Lecturer in both Classics and History (Research Fellow 1965–1968; Official Fellow 1968–2006; Director of Studies in Classics 1983–2006) and at various times served as Graduate Tutor, Tutor and Senior Tutor (1981–1992). In the Faculty of Classics I held the post of Newton Trust Lecturer and lectured mainly in the field of ancient history.

I have been a Visiting Member at the Institute for Advanced Study at Princeton (1982/3) and Visiting Fellow at the National Humanities Center, North Carolina (1993/4). In 1986 I taught as a Visiting Professor at Princeton and have lectured widely in Europe and the US.

Since retirement I’ve been actively involved in the development of the Lawrence Room, our small college museum where the collections of Egyptian and Classical antiquities form the largest sections. Hermione, our portrait mummy, fits well with my own interests in teaching and research.

My Memphis under the Ptolemies was awarded the James H. Breasted Prize by the American Historical Association in 1989.

Honorary President of the International Society of Papyrologists.