This event will saw a new portrait unveiled to the unique collection People's Portraits, housed at Girton on a long-term loan from the Royal Society of Portrait Painters. This year's speaker was Mr Luke Syson, Director and Marlay Curator of The Fitzwilliam Museum.

'By Women, Of Women’

“When the Fitzwilliam re-opened in May, we were thrilled to begin with a small display looking at 20th Century works by women, and images of women by men in that same period.  This simple idea has proved immensely revealing, and will be what I intend to talk about.”

Luke Syson is the fourteenth Director of the Fitzwilliam Museum. From 2012-19, he was Chairman of European Sculpture and Decorative Arts at the Metropolitan Museum of Art, New York, where he led on the complete refurbishment of the British Galleries, a $22m project, which opened in March 2020. Luke has held curatorial positions at the British Museum, V&A and the National Gallery – where he led the successful campaign to acquire Raphael’s Madonna of the Pinks for the nation and curated the highly-acclaimed exhibition, Leonardo da Vinci – Painter at the Court of Milan in 2011.

This year's reception will mark the donation to the exhibition of Louisa by Frances Bell RP.

Frances Bell was born in 1983, and raised in Suffolk. After developing an early interest in drawing and painting, she then pursued art and art history at school. At aged 18 she made her way to Florence to pursue a classical training at Charles. H. Cecil Studios in 2001 for 3 years, and then taught sporadically at Charles Cecil for a further 7 summers.

Frances is a member of the RP and the SWA.

“The themes of my work largely revolve around what I observe in life and find captivating, ranging from formal portraits to farm life and landscapes of many kinds. The main nugget of interest is often a transcendent moment of atmosphere, whether the light over a field, or the tilt of a head. I think I attempt to pursue what seems to convey most about our environment and human nature in the simple subjects that surround us."

Interview with the sitter, Louisa 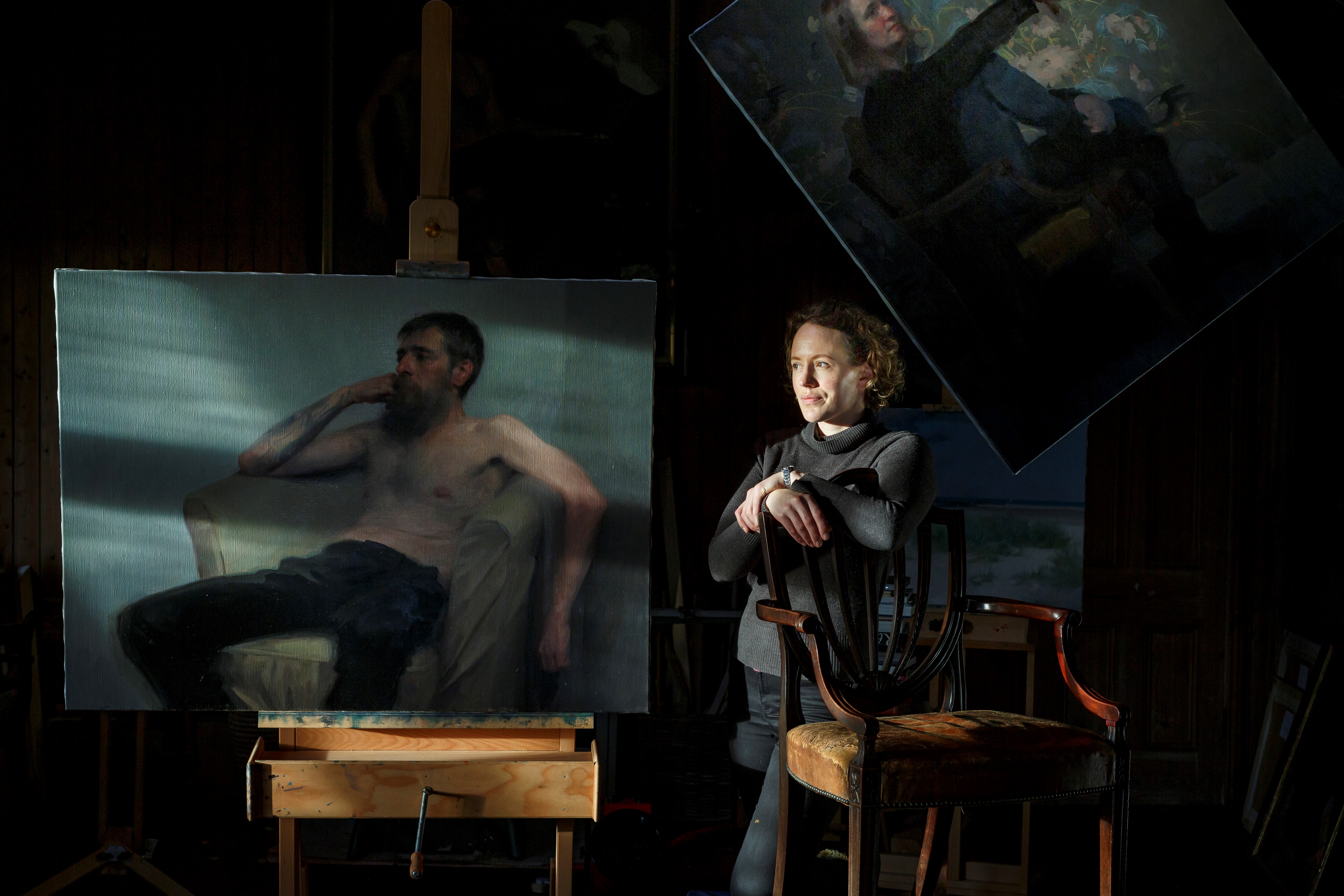 *This is an online event and will use the video conferencing platform, Zoom. If you wish to attend, please ensure that you have downloaded the Zoom software onto your smartphone, tablet, or computer.