The Fruits of the Vine: a celebration

On Saturday 12 June, we welcomed over 65 global Girton alumni and guests to an exciting virtual event The Fruits of the Vine – a celebration.

During the event Girton Fellow in Chemistry, Dr Alex Thom, demonstrated a simple experiment that can be done at home to discover how acidity affects flavour, and explained why bubbles are so crucial to the success of Champagne. Girtonian Sophia Bergqvist (Geography, 1978) gave a fascinating talk on her life and career as the first woman to head up a Port House followed by an insightful talk and blind-tasting session with Master of Wine, Sarah Jane Evans (Classics, 1972). The event finished with a roundtable discussion between all three speakers led by Dr Simone Maghenzani, Girton Fellow in History and chair of the College’s wine committee.

Recordings of each session can be viewed below as well as biographies of the speakers.

We would like to thank all our wonderful speakers and contributors for their help in making the occasion such a great day of events. 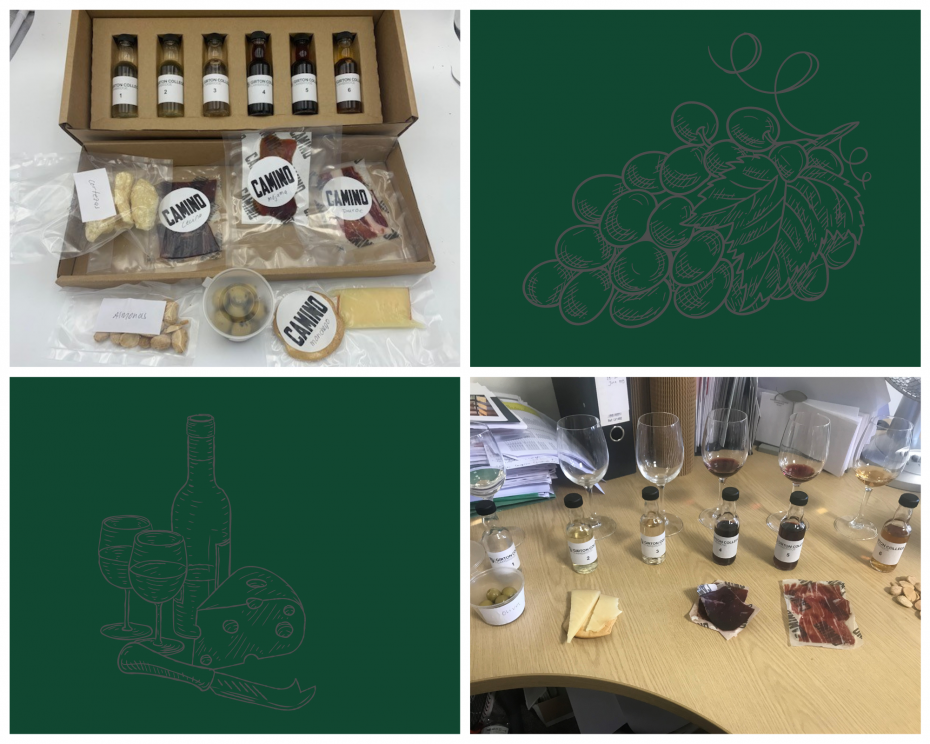 Dr Alex Thom is a University Lecturer in Theoretical Chemistry in the University of Cambridge, as well as being a Fellow of Girton College and Director of Studies in Chemistry at Magdalene College. His research interests are in Theoretical and Computational Chemistry, specializing in method and software development. Dr Thom is also a keen oenologist.

There’s a lot of chemistry in winemaking. In addition to alcohol, acidity and water, wine is made up of hundreds of different volatile molecules which vary from year to year, grape to grape, wine to wine. The joy of chemistry is that we can play with some of these elements in a controlled fashion.

Dr Alex Thom will demonstrate a simple experiment that can be done at home to discover how acidity affects flavour, and explaining why bubbles are so crucial to the success of Champagne.

Sophia Bergqvist graduated from Girton in 1981 having studied Geography.  She went on to work in the City then took an MBA at INSEAD before spending a few years working for the management consultants, Booz Allen.  In those days her plans were to work in the World Bank or IMF wanting to 'change the world’;  her real dream was to try and keep her grandmother’s vineyard, Quinta de la Rosa, in the family.

In 1988, together with her father, she started making port from the grapes grown at Quinta de la Rosa, idyllically situated on the banks of the Douro River in Northern Portugal.  With no brand name and no distribution it was quite a challenge and she soon realised the need to diversify into wine production and tourism.  La Rosa was one of the first producers of port to commercialise red wine in the Douro region.  It has also been a pioneer in developing and promoting enotourism and now has a small hotel with 25 rooms, a shop & tasting room and opened a restaurant in 2017.

Quinta de la Rosa produces over 400,000 bottles per annum and employs over 60 people locally.  It has a global network of importers (but not in Hong Kong or Singapore!) and has developed a strong reputation for its quality and innovation.  La Rosa was one of only 400 global wineries invited to attend the Wine Spectator’s New York Wine Experience in 2019.  Its wines and ports regularly get 95+ points and can be found in many prestigious Michelin starred restaurants and retailers.  www.quintadelarosa.com.

Sarah Jane Evans (Phillips 1972) read Classics Part I and Social and Political Sciences Part II. Before coming up to Cambridge she lived in Spain for some months. After graduating Sarah Jane worked in book publishing and then joined the BBC’s Good Food magazine where she worked for a decade, and began studying for wine qualifications.  Since 2004 she has been an independent writer and journalist.  In 2006 she became a Master of Wine, winning the Robert Mondavi winery Award for the highest overall marks in Theory papers. She also recently received the Wine and Spirit Education Trust’s Outstanding Alumni Award.

Sarah Jane retains a strong interest in wine education and has been Chairman of the Institute of Masters of Wine. She is Co-Chairman of the Decanter World Wine Awards, the world’s largest wine competition, and until March 11, 2000 would spent much time travelling internationally to consult, research, present and write about wine. Her books include Seville and The Wines of Northern Spain, and she is currently researching The Wines of Central and Southern Spain. She is Chairman of the Gran Orden de Caballeros del Vino, and has received a number of awards and accolades from the wine industry for her work.

She is a founder member of the Academy of Chocolate.  She lives in London with her husband, and has two grown-up daughters.

Dr Simone Maghenzani is the Dame Marilyn Strathern Lecturer and Official Fellow in History, and works on Renaissance and Reformation history. He is one of the two College Praelectors, and the Fellows' Wine Stewart.

His mother's family comes from the hills of the Asti region, an area famous for its Moscato and Barbera grapes, and for the lesser known Grignolino. His Piedmontese identity still shows in what he likes to  buy: Nebbiolo, Barbaresco, Barolos, Alta Langa...But he likes new and different wines too, and albeit a keen lover of Port and Bordeaux, he is very happy to discover new trends, and have any excuse to visit a new winery.