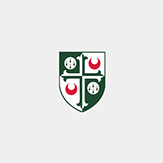 My research investigates the evolutionary history of life on Earth, with a particular focus on the interval of geological time encompassing the origin and radiation of animals (~700-520 million years ago), and a group of fossils known as the Ediacaran macrobiota. Ediacaran fossils may include some of the earliest examples of animals in the fossil record. I examine aspects of Ediacaran palaeoecology, taxonomy, and palaeoenvironments in order to reconstruct both evolutionary trajectories within the earliest animals, and the environmental conditions under which such animals diversified. My fieldwork in regions including Newfoundland (Canada), Brazil, and South Australia, combined with analytical and experimental laboratory techniques, has previously revealed evidence for the oldest trace fossils, muscular tissue, and burrowing by animals described in the fossil record. Refining our record of the appearance of such biological innovations will eventually enable determination of the ultimate causes and consequences of animal evolution.

I contribute to a second year undergraduate lecture course in sedimentology, and offer a full fourth year course on records of major environmental change in Earth history. I also lead undergraduate geological field trips to Dorset and Cumbria, and supervise Masters and doctoral research students.