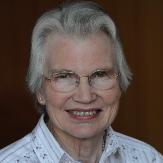 My main research was on the Law of Treaties, and with Professor Clive Parry I compiled the 3-volume Index of British Treaties (HMSO, 1970). For 25 years I was Assistant Editor of the British Year Book of International Law. I have also published many case notes on International Law, Contract and Tort in the Cambridge Law Journal, for which I was the Convening Note Editor from 1996 to 2006.

After two years as a Research Fellow, I was a College Lecturer and Official Fellow from 1966 until 1971 and again from 1989 until I retired in 2007, and acted as Director of Studies for various Parts of the Law Tripos during some of those periods. I supervised for many Colleges for over 40 years, teaching International Law, Contract, Tort and Commercial Law (after a few early forays with English Legal System and Administrative Law).