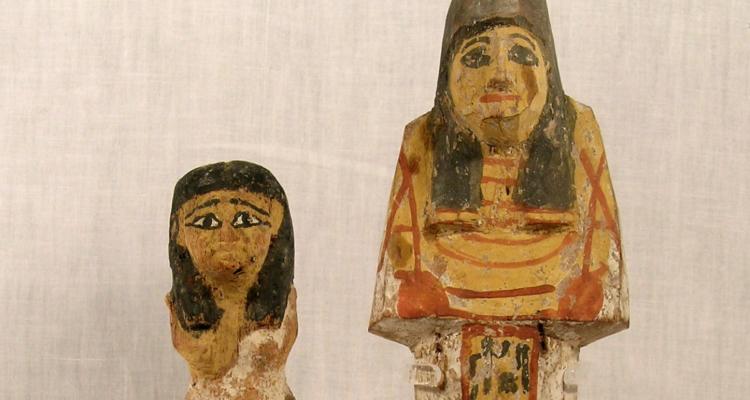 I have been invigilating the Lawrence Room, Girton’s museum, for a good many years as one of the team of volunteers who, in non-Covid times, open the room to visitors on Thursday afternoons. I am not an archaeologist, and have no expert knowledge about the collection, although sometimes visitors with specialised knowledge tell me interesting things which I can then pass on to other visitors. For example, an Egyptologist told me about the connection between the wrappings of our Egyptian mummy Hermione (LR.1) and LR.630, a ‘bead collar’ of blue faience cylindrical beads. This is from an earlier period than Hermione, but I now know that both show the diamond mesh pattern which represents ‘the net of Osiris’ in which Isis collected up the body parts of her murdered husband, and both therefore are connected with the idea of resurrection.

But usually I am unencumbered by knowledge when I look at the objects, and my imagination can interpret them freely. The wooden figurine on the left in the illustration is catalogued simply as ‘woman’, which is then expanded to ‘figure of a walking woman’. She is made of painted wood, and dates from the eleventh dynasty (2055–1985 BCE). Lacking feet as she is, her height is about 15cm. Gwendoline Crewdson recorded that she bought the walking woman from the Cairo Museum for 8 piastres in 1905.

For the catalogue, the ‘walking woman’ was photographed next to a wooden shabti (a figurine placed in a tomb to work for a dead person in the afterlife). She is much older than the shabti and, to me, much more appealing. Shabti are ‘mummiform’, so their posture is stiff, though their faces are sometimes very expressive and full of character (and some look like people you really would not want to meet). The walking woman’s pose shows her in movement, with her left leg advanced, taking a step. Her face has an open, bold expression, her eyes are not quite level, and quizzically raised eyebrows give her an inquiring look. The ‘walking woman’ has no arms but it appears, from the small depressions on each shoulder, that when she had arms they were perhaps movable. This is the detail that most of all makes me guess that she was a toy, and I can imagine her being some child’s dear possession. Did her owner die young, was the figurine buried with her to keep her company in the afterlife? Or was she so precious that she was kept into adulthood as a reminder of childhood?

As a child I read a novel by Rumer Godden called The Dolls’ House. In this, some dolls are displayed in an exhibition to raise money for charity. The fancier dolls, in their silk dresses and elaborate hats, are happy to be on display and protected from children, but Tottie, a little wooden Dutch doll, is miserable in a glass case, believing that she has been sold and will never be played with again. When I see the ‘walking woman’ I always think of Tottie, and go and give her a quiet greeting. I hope the Lawrence Room will soon be able to re-open so that I can renew my acquaintance with her! 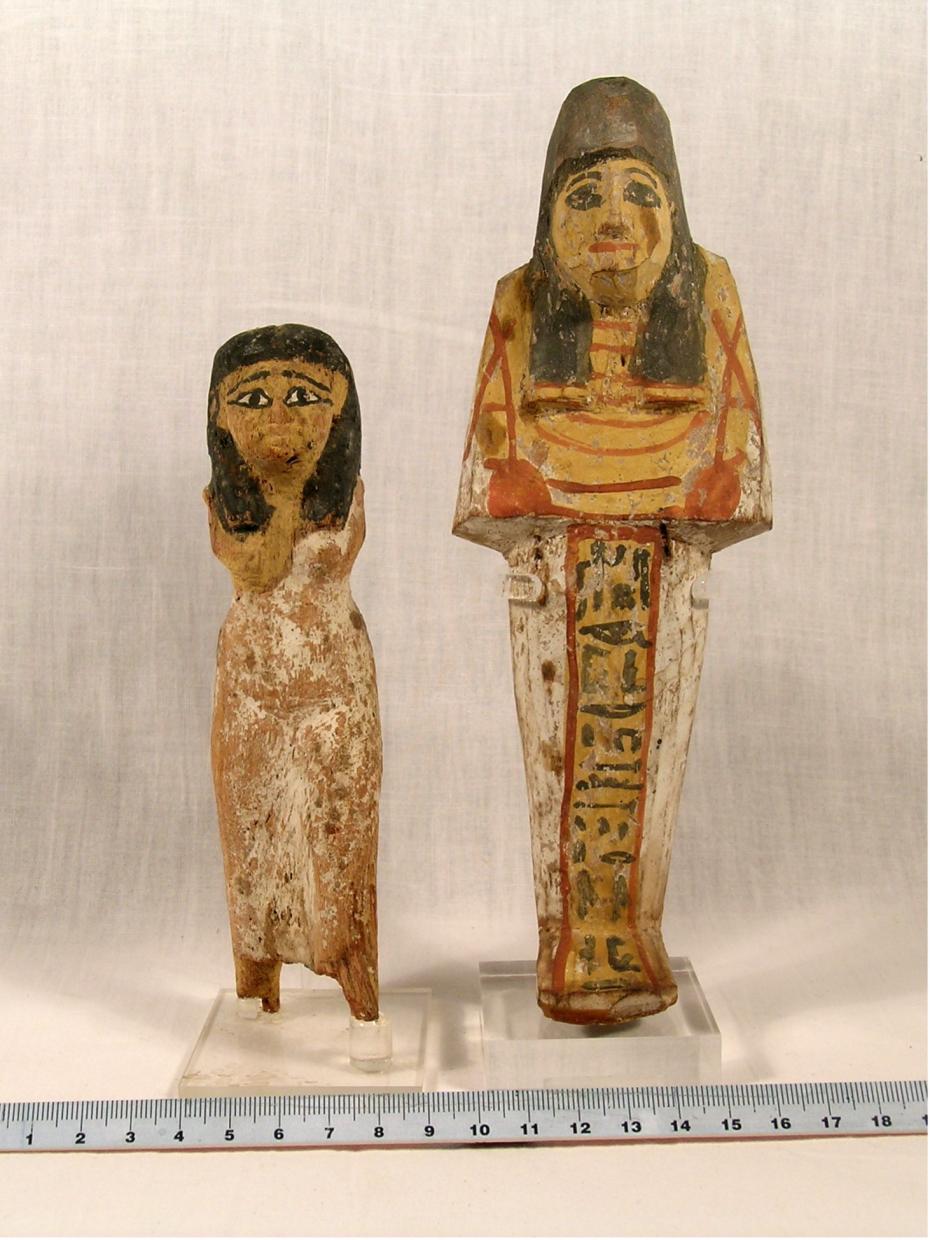