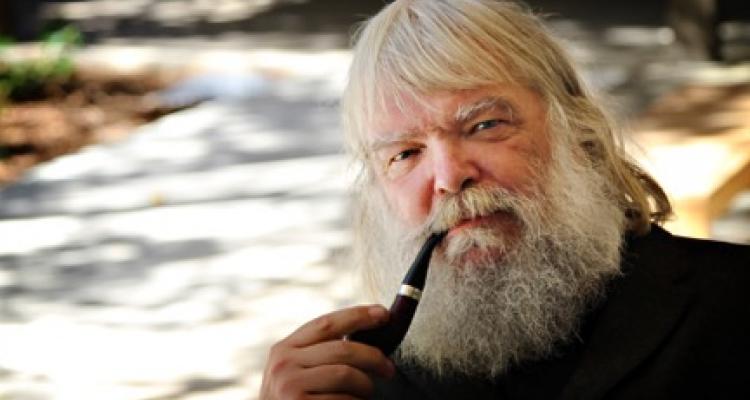 My field of research is the meeting place between literature and theology. I came up to Cambridge in 1977 to read English, and went on to do a doctorate at Durham, also in English, focusing on the theme of memory, and in particular on how the sermons and poems of John Donne, together with the sermons of Lancelot Andrewes, had a decisive influence on the way the theme of memory was handled in the poetry of TS Eliot. After some years working as a school teacher I was able to return to Cambridge, this time to study theology as part of my training to become an Anglican priest. It was whilst studying theology that I began to take an interest in the way the two disciplines of Literary Criticism and Theology might interact with one another, and I took an active part in a project called ‘Theology Through the Arts’, put together by the Divinity Faculty’s Centre for Advanced Religious and Theological Studies. This bore fruit in my first monograph, a book with Ashgate (now Routledge) called Faith, Hope and Poetry: Theology and the Poetic Imagination, published in 2010. The book offered a series of theological readings of key works in English poetry from the Anglo-Saxon Dream of the Rood through to the poetry of Seamus Heaney, but at its core was a critique of the enlightenment’s over-emphasis on discursive reason alone, and a defence of the imagination, alongside the reason, as a truth-bearing faculty.

As I wrote in the conclusion of that book:

‘This book has been written as both a vindication and a celebration of the poetic imagination; a defence of its status as a truth-bearer and an exploration of the kinds of truth it is capable of bearing. In particular I have been concerned to demonstrate the essential power of imagination to bridge the gap between immanence and transcendence, to mediate meaning between unembodied ‘apprehension’ and embodied ‘comprehension’. I have also been concerned to show that a study of poetic imagination turns out to be a form of theology; that in seeking understand how multiple meanings come to be’ bodied forth’ in finite poems which ‘grow to something of great constancy’ we discover a new understanding of the prime embodiment of all meaning which is the Incarnation. …This cleansing and training of vision through a revitalised imagination, is a common task for Science, Poetry and Theology. My purpose has been to highlight the essential role, in fulfilling this common task, played by the poetic imagination.’

Samuel Taylor Coleridge, considered not only as a poet, but also as a critic, philosopher, and theologian had been a key figure in the argument advanced in Faith, Hope and Poetry, and so, more recently, I fulfilled a long held ambition to write a book setting out Coleridge’s special relevance to our own times, and that book Mariner: A Voyage with Samuel Taylor Coleridge was published in 2017.

Another interest of mine, which brings together the disciplines of theology and literary criticism, is in the writings of CS Lewis, and more widely of the ‘Inklings’, the group of writers associated with him which include JRR Tolkien, Owen Barfield, and Charles Williams.  These interests have led me to contribute chapters to a number of books on Lewis and the Inklings including a chapter

on ‘CS Lewis as Poet’ in The Cambridge Companion to CS Lewis edited by Ward and McSwain (2010),  two chapters in CS Lewis At Poet’s Corner edited by Ward and Williams (2016), and the concluding Chapter in The Inklings and King Arthur edited by Higgins (2017). Some of my contributions to other interdisciplinary books include ‘Keeping Alive the Heart in the Head’; Poetic Imagination as a Way of Knowing in ‘Head and Heart: Perspectives from Religion and Psychology’ edited by Watts and Dumbreck (2013), and ‘The Word and the Words: Andrewes, Donne, and the Theology of Translation’ in The King James Version at 400: Assessing Its Genius as Bible translation and Its Literary Influence edited by Burke et al. (2013).

Alongside these academic and literary critical works, however, I have also been practicing the art of poetry myself, and in the course of the last ten years I have published three volumes of my own poetry, and three critical anthologies of poetry on religious themes. These have all been with Canterbury Press, for whom I am currently working on a new volume of poetry.

I also write a weekly column for The Church Times called ‘Poet’s Corner’, and a collection of these pieces has just been published in a book called In Every Corner Sing, which was launched in College (where I have been the Chaplain since 2003) just last week. Many of my poems can also be found on my blog.

My interest in all things interdisciplinary has also led me to collaborations with artists in different media, in particular with musicians and painters. A number of my poems have been set to choral music and recorded by the composer JAC Redford, and my most recent collaboration was to write a series of 21 ‘ekphrastic’ poems’ in response to paintings by the American artist Bruce Herman. These were premiered at an Exhibition in Texas in October and have just been published, together with the paintings in a book called ‘Ordinary Saints’.