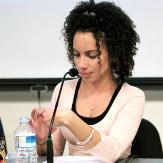 I specialise in macroeconomics and international political economy, with regional expertise in Latin America. I have extensively studied the literature on international trade, uneven development, international financial flows, financial globalisation and the international monetary order. All of these topics have been approached from the perspective of global changes in politics, economics and governance since the 1970s. I have also studied at great length the labour theory of value and, as a consequence, Marxist Economics Theory. I am strongly committed with a critical and constructive engagement with mainstream economics while offering alternatives from within political economy, addressing the nature of contemporary capitalism and corresponding policy and applied issues.

Since completing my PhD, I have embarked on a further study of fiscal and monetary policy followed by an analysis of selected manuals and guidelines of the International Monetary Fund (IMF) and the World Bank (WB) regarding the development of government bond markets. Essentially, I am assessing the extent to which the IMF/WB’s literature on public debt management promotes the strengthening of domestic bond markets to enhance and attract investments, while downplaying both the constraints that financial globalisation imposes on these markets and the possible conflicts between fiscal policy and the monetary policy. The study of fiscal and monetary policy as well as government bonds has also led to an increasing interest in exploring the nature of money and credit system.

My PhD was concerned with the dynamics of Brazilian public debt between 1994 and 2014. It considered the vicious circle between financial liberalisation, high interest rates and the growth of domestic public debt within the context of neoliberalism and financialisation. Prior to beginning my PhD, I worked on issues regarding financial capital, the labour theory of value and social classes. Particularly during my MPhil, I worked on the development of the relationship between value and labour, historically and theoretically, within economics. Further, I was also a research assistant for State of São Paulo Research Foundation (FAPESP – BR) for a project on government income transfer strategies. The main outcome of this project was the creation of methodology of evaluation and training of social workers who work with income transfer program in Brazil.

I am the Director of Studies for Economics Part IIA.

I have significant experience teaching macroeconomics and economic development. My teaching emphasises that the study of key theories within macro and development economics should be contextualised and used to solve both theoretical and applied problems. In Cambridge, I supervise Part I Paper 2 – Macroeconomics Principle; Part I Paper 4 – Political and Social Aspects of Economics; and Part II Paper 8 – Issues in Social Ontology.

I am the co-founder of Diversifying and Decolonising Economics initiative (Decon); and I currently sit on the Rebuilding Macroeconomics Advisory Board and on the Progressive Economy Forum Council (PEF).