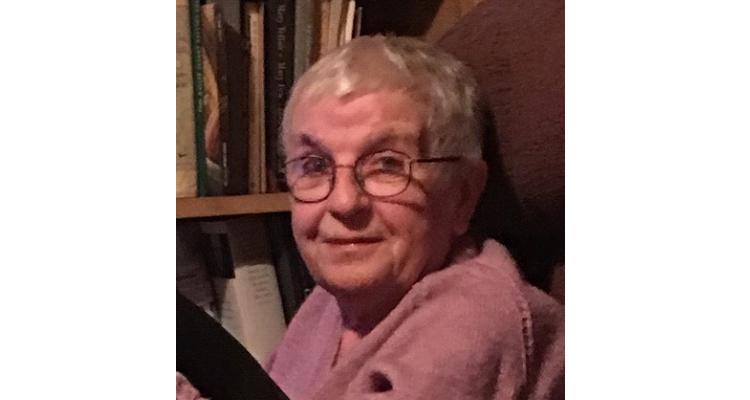 Betty Wood was born in February 1945 in Norfolk, where her father worked as a railway guard. She attended grammar school, first in Fakenham and then in Scunthorpe after the family moved to Lincolnshire. Betty always strongly identified as East of England working class: in terms of where her family lived, the sort of food she liked, her support for football teams and more! And this gave her a grounded and completely natural concern for access and inclusiveness in College and University affairs. She had surely experienced prejudice and discrimination in her own life and career, but her instinctive feminism and egalitarianism was always expressed as a matter of practical support for others.

When Betty went into higher education her first degree was from Keele (BA, 1967) and then she went to London for an MA (1968). Increasingly keen to specialise in the history of the United States, she made a rather bold move for a young woman from her background by going to the University of Pennsylvania for three years to do a PhD, which she completed in 1975. This would become the basis of her career as an outstanding historian of Early America and of slavery in particular.

Betty became a Fellow of Girton in 1971, was appointed to a University Assistant Lectureship a few years later and a full University Lectureship shortly afterwards. In 1995 she became a Reader in American History in recognition of her distinguished track record of publications. From 1974 to 1984 she was Director of Studies in History at Girton and thereafter continued to take an active interest in the admission of new undergraduates and the well-being of the College historians until her retirement in 2011.  She was a quietly reliable and supportive colleague who helped to calm down potentially fraught situations with good sense and a few kind words. The College’s most recent appointment as a History Fellow, Simone Maghenzani, recalls that Betty gave him a bottle of gin when he arrived, saying: ‘Trust me, you’ll need it more than me now, I am retired!’ Betty was an animal lover, who apparently got away with keeping a dog in her rooms when she lived in College! However, she gravitated towards cats when she moved into her own home.

Betty quietly and steadily made a number of major contributions to the understanding of her field: partly by focusing closely on the state of Georgia; but also structurally by integrating the history of the American colonies with that of the Caribbean; and then again by emphasising the agency of slaves, and women slaves in particular. She pursued this theme across several areas of activity. In Women’s Work, Men’s Work (1995) her attention was on their informal economic production and exchange when they were not working for their masters. In Come Shouting to Zion (published in collaboration with Sylvia Frey in 1998) it was on their changing religious ideas as they were converted to Protestant Christianity, which she saw as perhaps the defining moment in the history of African Americans.

Thus, Betty’s approach to this potentially inflammatory field was always multi-faceted rather than simplistic and monocausal. Accordingly, her 1998 survey of the origins of American slavery argued that it was not the simple result of racial prejudice but of a complex combination of prejudices against non-Christians; responses to existing models of slavery in the neighbouring Spanish and French colonies; and pragmatic assessments of labour shortages.This open-mindedness made Betty an inspiring and supportive supervisor of graduate students across an unusually wide range of topics, and many of those she had taught came to pay tribute and give presentations at a memorable event to mark her contribution, held at the College in 2017.

Many expressions of sadness and respect have been appearing on social media from Early Americanists on the other side of the Atlantic over the last week: ‘a great historian of slavery’, ‘a guiding light in connecting historians working in the US and the UK’, ‘a smart and generous colleague’. But perhaps the one which best sums up Betty’s distinctive energy and presence comes from nearby, as her Cambridge colleague Professor Jon Parry of Pembroke College writes:

"For me, Betty was Girton through the late 70s and 80s, as well as a tremendous force for good in the History Faculty. Her combination of directness, charm, empathy and good sense was very appealing: admirable and quietly subversive at the same time."

Betty will be fondly remembered and sorely missed by all who knew her, and not least by her friends and colleagues here at Girton College.