Writing wrongs - why I write

The Founders' Memorial Lecture, established in 1928, celebrates the values that underpinned the Foundation of Girton College: equality and inclusion, excellence in diversity, radical thinking and an ethic of care.

This year we welcomed Sandi Toksvig, OBE, writer, broadcaster, producer, comedian, and Honorary Fellow to discuss Writing wrongs - why I write with the Fellows, students, staff, and guests of the College.

The Founders’ Memorial Lecture was established over 90 years ago with an anonymous donation that is now recognised as the gift of alumna Amy Lilian Lawrence, b. 1872. Amy studied Natural Sciences at Girton from 1891: her gift of £500 in 1927 endowed the Founders' Memorial Lecture, and after her death in 1934 her family and friends established the Lawrence Room Museum for works of art and antiquity.

A true Girton all-rounder, Amy grew up with a sense of public spirit and devotion to duty. She did not regard herself as a distinguished scholar or great teacher, but she was known for her ‘irrepressible gaiety’, love of music, and interests in arts and crafts. She was also a gardener, often donating plants to the College. The lectures she inspired are effectively a tribute to those mid-Victorian women and men whose hard work, ‘indomitable perseverance’, brilliance and imagination brought this College to life.

The Founders’ Memorial Lecture series was introduced by Lady Stephen on March 3, 1928, as one which would ‘be prolonged to infinity’ – it would be a ‘memorial window’ to ‘bring in the light’. The inaugural lecture was delivered by Nobel Laureate, Sir Joseph John Thompson FRS, physicist and Master of Trinity College, who combined ‘personal and official distinction’ to ‘a pre-eminent degree’. The title was ‘Beyond the Electron’ reflecting Thompson’s pathbreaking role in the then-emergent field of atomic physics. This first presentation was, like the series as a whole, designed to be accessible to non-specialists. A description of it in ‘Nature’ reads: ‘in the art of making the deep things of physics plain, not merely to the professional scientific worker but also to the educated world at large, Sir J. J. Thomson has few equals’. The lecture was reported in the Times and the Telegraph, and re-published in 2018 by Cambridge University Press; the original is available in the College Library.

The next eight lecturers were also men, several with a link, one way or another, to Trinity College – the standard by which Emily Davies once benchmarked her College. They include four distinguished scientists (biologist and classicist, Professor Sir D’Arcy Wentworth Thompson; astronomer, physicist and populariser of science Sir Arthur Eddington; pharmacologist, physiologist, and Nobel Laureate, Sir Henry Hallett Dale; and experimental physicist and Nobel Laureate Patrick Maynard Stuart (Baron) Blackett). The non-scientists among this early group include the philosopher C. D. (Charlie Dunbar) Broad, art historians Fritz Saxl and Sir Kenneth Mackenzie (Baron) Cark, and moral philosopher Alexander Dunlop (Baron) Lindsay, whose lecture ‘The Good and the Clever’ is the only one from this period still held in the College Library.

By 1948, the Foundational aim of degrees for women having been met, the intellectual distinction of the College and its flagship lecture series firmly established, a more diverse pattern of Lecturers emerged. That year saw the first woman presenter, Theodora Bosanquet. Feminist and suffragette, writer, reviewer, editor and amanuensis to Henry James, she worked closely with her partner of 25 years, Lady Margaret Rhondda, on the magazine Time and Tide, and was secretary to the International Federation of University Women. Her lecture was on ‘The Return of Henry James’.

Two years later the Founders' Memorial Lecture was delivered by one of the most influential figures in the history of ballet, Dame Ninette de Vallois, on ‘The English Ballet’. Then, in 1956, Girton’s own Helen Cam spoke on ‘Law as it appears to the Historian’, the text of which is held in the College library. Helen Cam was a medieval historian; she formed an important link between Girton and those ‘Seven Sisters’ Colleges that were similarly founded for women in the USA. The decade was drawn to a close by another medievalist, Professor Eleanor Shipley Duckett who mainly lived in the USA with her lifelong companion, the novelist Mary Elle Chase, having held the Ottilie Hancock Research Fellowship at Girton 1926-28.

In the next half century, 37 lecturers took the stand, with a more-or-less even gender split.
A list of lectures will be posted soon.

The abstracts of the four most recent of these are shown below. 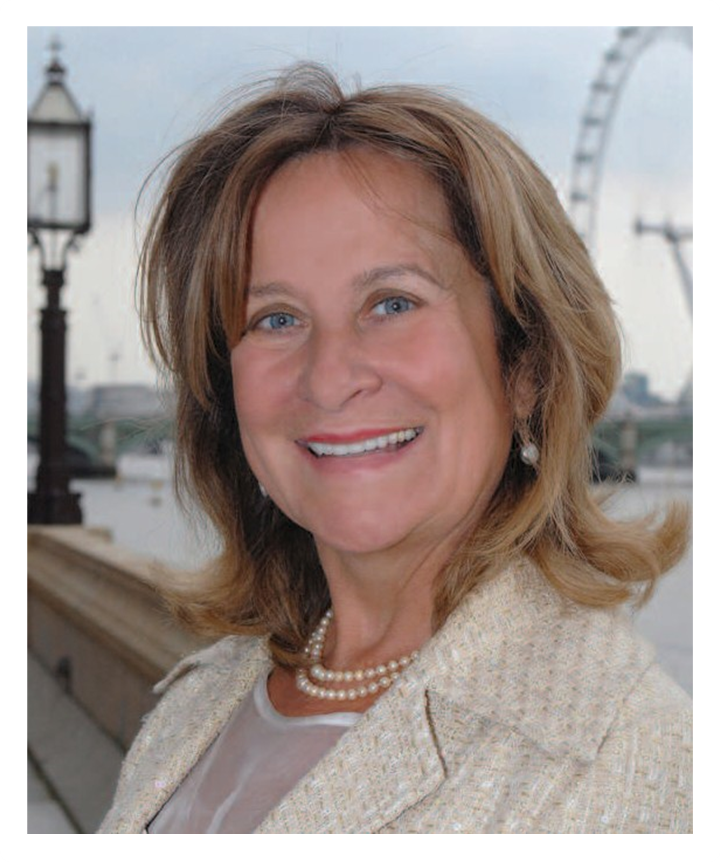 What do the emergence of new economic powers and globalised business mean for democracy? What role do western countries have in promoting human rights across the globe? Are we in a position to give lessons on democratic accountability given falling levels of political engagement across the western world?

Helena Kennedy is one of the country's leading experts in human rights law, civil liberties and constitutional issues. A barrister and Queen's Counsel, she is a frequent broadcaster and journalist. She was a founding member of Charter 88, and currently chairs Power2010 – a campaign to reform the British Parliament.

What are the challenges of an independent police complaints commission? How does the commission manage high-profile cases in the glare of media attention? What changes need to be made to ensure public confidence in the police service?

Dame Anne Owers brings a wealth of experience in the criminal justice system to this year’s lecture. Appointed Chair of the Independent Police Complaints in February 2012, she offers an engaging insight to her new and challenging role.

Previously HM Chief Inspector of Prisons, Anne had remit that included inspections of prisons, immigration removal centres and police custody. She chaired an independent review of the prison system in Northern Ireland. She is currently an non-executive director of the Criminal Cases Review Commission and holds a number of voluntary roles, mainly in the area of penal policy and activity.

Nobel Laureate Sir Paul Nurse is lecturing on Science as Revolution. Science has brought about revolutionary changes in our understanding of ourselves and the natural world, which have acted as major drivers of our culture and civilisation. This scientific knowledge has in turn brought about revolutions in the ways that we live and in the technologies that support society. A case can be made that science is the most revolutionary activity of human-kind.

Sir Paul is President of the Royal Society and Director of the Francis Crick Institute in London. As a geneticist and cell biologist he has worked on how the cell cycle is controlled and how cell shape and cell dimensions are determined. He shared the 2001 Nobel Prize in Physiology or Medicine and has received the Albert Lasker Award and the Royal Society's Royal and Copley Medals. He was knighted in 1999 and received the Legion d'honneur in 2003. He has also served as Chief Executive of Cancer Research UK and President of Rockefeller University.

Hisham Matar is a Libyan Author, born in New York City, brought up in Tripoli and Cairo, and has spent most of his life in England, now residing in both Britain and America. He was awarded the 2017 Pulitzer Prize in ‘Biography or Autobiography’ for a memoir The Return: Fathers, Sons and the Land in Between.

His two novels also embrace the political and personal dimensions of repression, abduction and exile. The first, In The Country of Men, set in Tripoli in 1979, was short-listed for the 2006 Man Booker Prize. The second, The Anatomy of a Disappearance, partly written as a Visiting Fellow at Girton, was one of the best books of 2011 for The Independent, Chicago Tribune and many others.

An astute political commentator on Libyan affairs, a disarming interpreter of love and loss, The Guardian’s Rachel Cooke1 observes: ‘Matar has a reserve that only makes his way with intimacy all the more moving’. Her colleague, Lisa Appignanesi2, describes Hisham as a ‘brilliant observer of the inner world’ [who] ‘writes about the intricacies of love in the family like no-one else’.

In 2019 the 58th Founders’ Memorial Lecture delivered by HIH The Princess Takamado of Japan opened a year-long celebration of the 150th anniversary of the Foundation of Girton College.

The 58th Founders’ Memorial Lecture was one of five Anniversary Lectures for 2019.

The others Lectures in this Founders’ Memorial Series are: