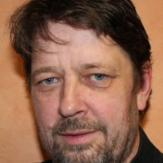 Director of the Peterborough Adolescent and Young Adult Development Study (PADS+), a major ESRC funded longitudinal research project which aims to advance knowledge about crime causation and prevention. Main research interests are developing a unified theory of the causes of crime (Situational Action Theory), its empirical testing (PADS+) and its application to devising knowledge-based prevention policies.

I teach at the Institute of Criminology where I am a Professor of Ecological and Developmental Criminology.

I have been a Fellow of Girton College since 1997. I have twice served on the College Council.

Prior to moving to the UK in 1997 and taking up posts at the University of Cambridge and Girton College, I held senior academic posts at the Stockholm University and the Research Unit of the Swedish National Council for Crime Prevention.