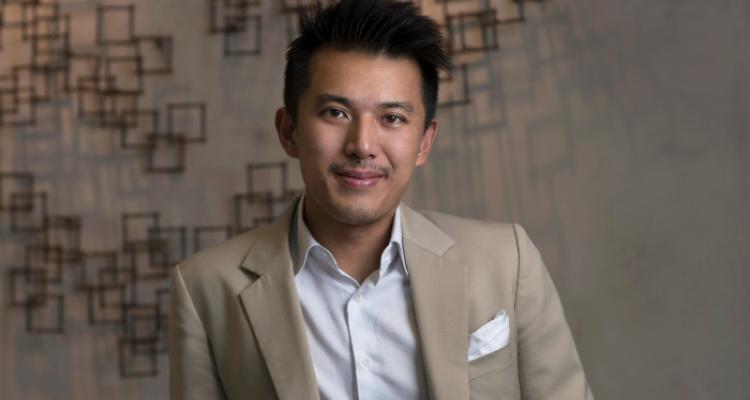 Nelson Loh is a businessman at the cutting edge, having won numerous prestigious business awards in recent years for his distinguished track record. Nelson was awarded FORTUNE Korea magazine’s Global Entrepreneur of the Year in 2018 and in that same year recognised in the first ever 40 Under 40 Awards by Prestige Asia. Born in Singapore – where his family was involved in the trade of luxury cars in China – and after studying Economics at Girton he worked for JP Morgan as an M&A Banker for almost a decade. Then, with his cousin Terence, he decided to engage in a new adventure. Together they formed the DORR Group, a revolutionary investment vehicle which now manages over US$4 billion dollars of assets across various industries. The acronym? Comes from Danny Ocean and Rusty Ryan, the two smart Las Vegas protagonists of the blockbuster movie Ocean’s Eleven: an inspiration, they say, for their ability to improvise in tricky situations and come up with ingenious solutions.

Their biggest initiative so far? Novena Global Lifecare Group, set up in 2010 was awarded Ernst & Young China’s Most Promising Enterprise in 2017 and also named Singapore’s Best Regional company in 2018. It has grown to become one of the largest health provider chains in Asia, with over 250 clinics in eight different countries. From disease prevention to affordable diagnostics to aesthetics, Nelson and Terence’s business is expanding rapidly, with the plan to treat over 8 million patients in the next two years. Nelson and his cousin Terence share many passions, not only the traditional one of the family interest in fast cars, but also for fine wine and sport. But there is something more to it than just an interest in the good life. Sport builds character, and strengthens mental discipline, says Nelson who is also an accomplished triathlete – Nelson was ranked the top IRONMAN Triathlete in Singapore in 2018. That is why the Loh Foundation is committed to support Singapore’s achievements in sport: ‘It is about getting kids off the streets’. Sport pairs with education, and access for all to learning. The Loh Foundation is now working with Girton College to create a scholarship for Singaporean students from less-privileged backgrounds, to come to study in Cambridge. Nelson’s love for the College is unequivocal: thanks to his and Terence’s generosity and vision, Girton’s Choir will be performing at the Asia Pacific Girton150 Anniversary weekend from 12-14 April 2019 in Singapore (https://girton150.com/events) ‘You have to learn new things, get new ideas, meet new people, if you want to grow’. A good education, Nelson Loh believes, is the place to start.